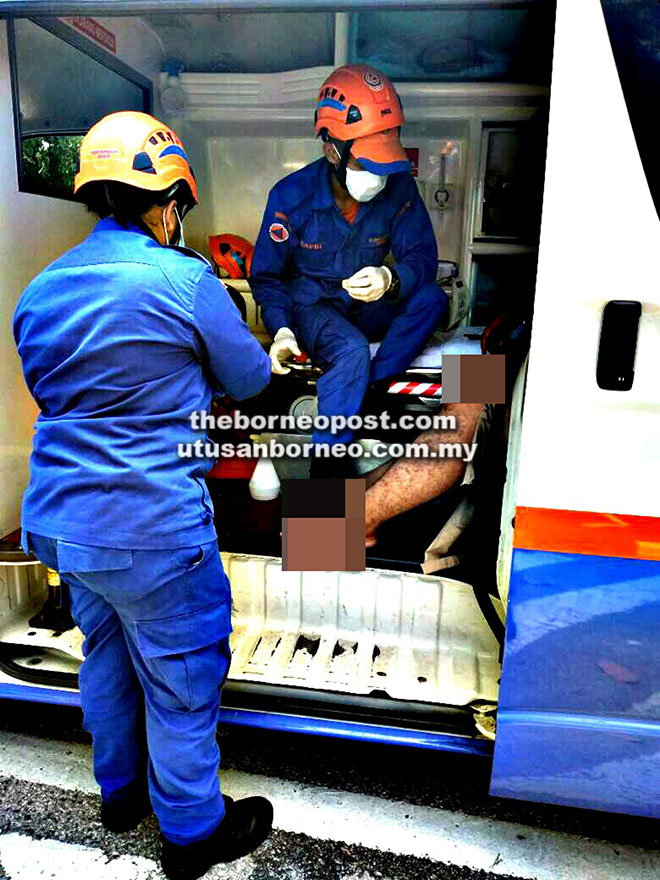 APM personnel attend to the victim at the scene.

MIRI: A 21-year-old motorcyclist was slightly hurt in a collision with a van at Jalan Bulatan Saberkas here on Saturday.

A Miri Civil Defence Force (APM) spokesperson said a team led by Mohd Safri Juli was dispatched to the scene following a distress call from a member of the public at 1.55pm.

“Upon arrival at 2pm, the APM team found the victim had suffered light injuries on his forehead and left leg as a result of the accident.

“It was learned that the victim was making his way to Miri Bypass Road when he came into contact with a van heading towards the city centre.,” said the spokesperson.

The injured motorcyclist was given first aid treatment at the scene prior to being transported to Miri Hospital for further treatment.