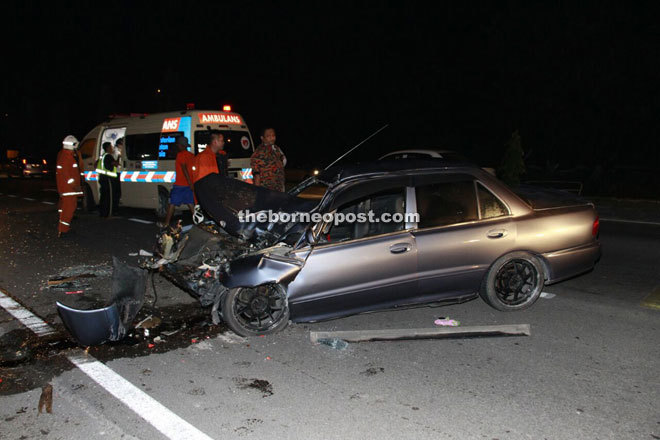 MIRI: A 36-year-old man was hurt when the car he was driving rammed into the back of a stationary solid-waste garbage truck at about 5am yesterday.

The incident happened along Miri Airport Road, near a junction to Jalan Cahaya.

Firemen from Miri Fire and Rescue Department extricated the victim from the badly mangled vehicle.

The victim was then taken to Miri Hospital.

It was understood that the garbage truck had stopped by the roadside earlier due an engine problem, and its driver claimed to have erected a road hazard triangle to alert motorists.