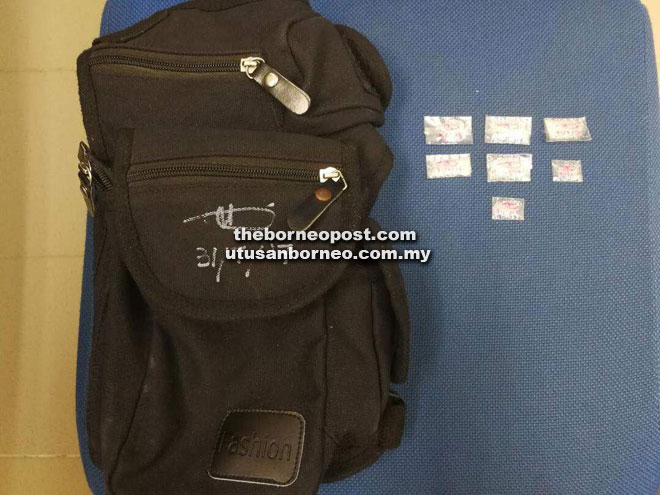 Drugs seized from the civil servant.

LIMBANG: A youth was arrested by police on Sunday in connection with the statutory rape of his 15-year-old cousin.

“The victim became acquainted with the suspect, who is her cousin, when she went to live with her father in May 2016.

“She said she began having sexual intercourse with the suspect in June 2016, and continued doing so until last month,” he said yesterday.

Prior to staying with her father, Mohd Bukhori disclosed that the girl, who stopped schooling at the age of 12, had lived with her mother following the divorce of her parents.

“The victim was initially sent to Limbang Hospital and then to Miri Hospital for further medical check-up. The case is being investigated under Section 376 of the Penal Code,” he added.

In a separate case, the OCPD revealed the arrest of a civil servant at a house in Batu Biah here during an anti-drug raid on Monday.

The 42-year-old suspect was detained along with a woman during the 4.30pm raid, which also saw the seizure of 2.6 grammes of syabu.