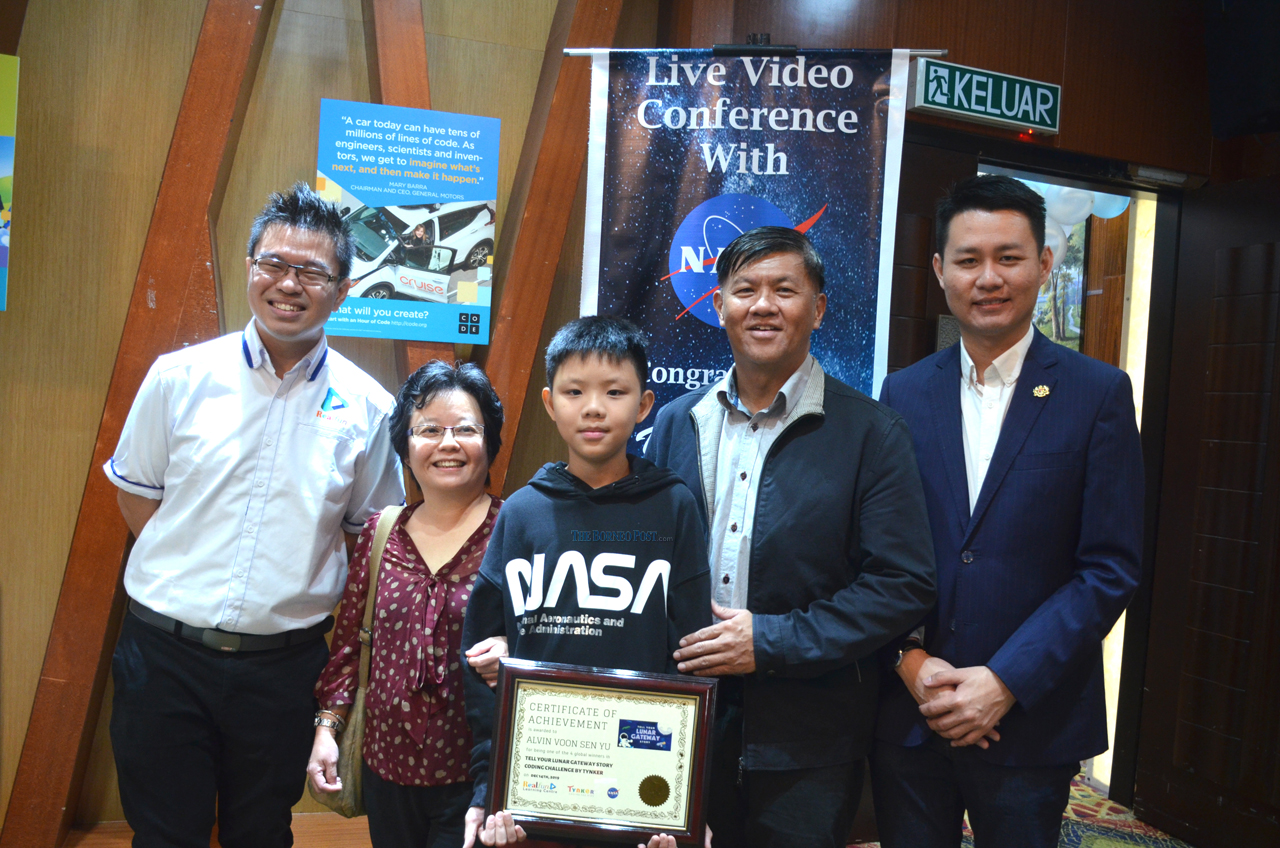 Alvin (centre) in a photo-call with his parents, Chen Thong and Chang Chaim Yu. They are flanked by Teo (left) and Ling. 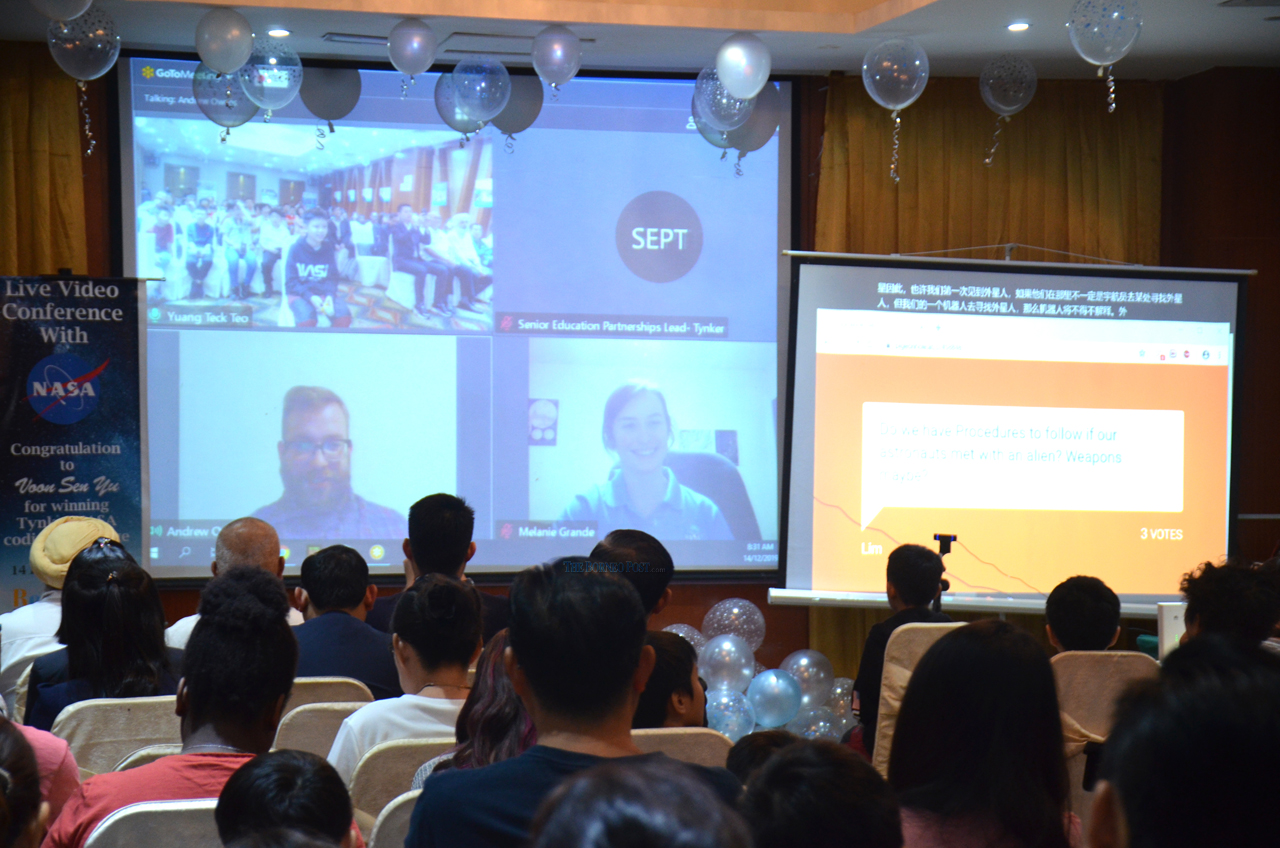 Alvin and Nasa experts engaged in the video conference session.

MIRI: Alvin Voon Sen Yu of SJKC Chung Hua Miri is one step closer to achieving his dream of becoming a scientist, inventor and software engineer.

The young storyteller was among the winners of ‘Tell Your Lunar Gateway Story’ global story coding challenge recently – being one of four winners of Part 2 of the three-part Tynker’s ‘Moon2Mars Challenges’, run in collaboration with Nasa.

In the ‘Tell Your Lunar Gateway Story’ challenge, participants were required to create a story imagining their life as an astronaut on board the Artemis mission, living in the Lunar Gateway in 2024.

In his remarks, Alvin attributed his success to learning coding, which would help him prepare for the future and achieve his goals easier.

“Coding helps me to think better and I can be future-ready by learning coding,” said the elated 11-year-old, crediting his teacher, Realfun Learning Centre director Teo Yuang Teck for teaching him a lot about coding.

Alvin said he was introduced to coding two years ago and had started doing well in competitions since then, culminating in attaining a bronze medal (Arduino-based) at the National Junior Innovate Competition 2019, held in Penang last month.

He said he was still able to take some time to finish his story for the recent competition, despite his busy schedules due to other competitions and also school work.

“I used almost one week to come out with the idea. Actually, it was not difficult at all for me to brainstorm for a story, given my storytelling background.

“So in the end, both my skills in storytelling and coding were brought together for this project. I thought perhaps it would be pretty cool to bring some buddies into space with me,” said Alvin.

For the selection of the buddies, he said he did some online researches.

“Dogs are the most common buddy that is brought into space. I thought that I wanted something fresh, something new that nobody had ever thought of before, so I brought two cute buddies – a yellow duck and a pink bunny – to brighten up the dark mood in space.

“So, the mission is about people living first on the moon, in order to prepare for the greater mission to travel onwards to Mars.

During the production, Alvin said his computer did not work well, and he had to do everything all over again.

“Luckily because of my experience in coding and robotics, I was able to finish it a little faster the second time around,” he added, thanking his parents, Teo and SJKC Chung Hua Miri headmaster Tan Ai Choo for their support and encouragement.

“Lastly, I would like to thank everyone for joining me and my family this morning for the live video conferencing with a Nasa scientist, Drew Owens, an Aerospace engineer with Space Mission Analysis Branch.”

On his interest in the competition, Alvin said he had always wanted to talk to Nasa experts.

“I am looking forward to visiting the Nasa headquarters (in US) and learn more like JavaScript and programming language, as I would like to progress.

“My lifetime goal is to further my studies in Harvard University,” said Alvin, who wishes to follow the footsteps of his aunt, who is a Harvard graduate and has been motivating him to achieve a lot of things in life.

When met later, the boy’s father Voon Chen Thong advised children to learn coding, instead of just playing computer games, while Teo hoped that Alvin’s achievement could inspire more people to be interested in coding, as well as in science, technology, engineering and mathematics (STEM).