Works on Long Lama bridge to begin in earnest after Gawai 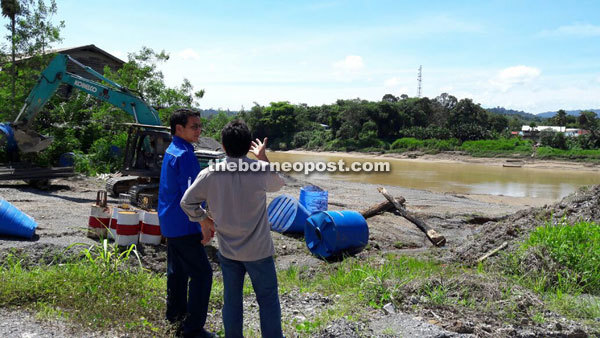 Representative from the project contractor (right) updating Dennis on the latest progress on the Long Lama’s bridge project.

MIRI: Works on the construction of the RM100 million Long Lama bridge will commence in earnest after the Gawai Dayak festive season next month.

“The contractor currently carries out work to build site office and workers camp and conducted land clearing for the footing which is still on-going. I’ve been told that the building materials are now being transported to the project site,” he said after conducting works inspection to the project site at Long Lama Thursday.

Dennis noted that the much awaited Long Lama bridge was the biggest single government project in his Telang Usan constituency.

“This project was made possible because of the pragmatic ways of chief minister Datuk Patinggi Tan Sri Adenan Satem who approved the project on the request made by me early last year. The project is expected to be completed by 2019,” Dennis said.

The completion of the bridge was expected to open up more developments in term of land development by local communities of Apoh and middle Baram.

In addition to that, he said the project works was expected to draw workers to Long Lama and thus boosting local economy.

He urged the local community to cooperate so that work would not be interrupted.