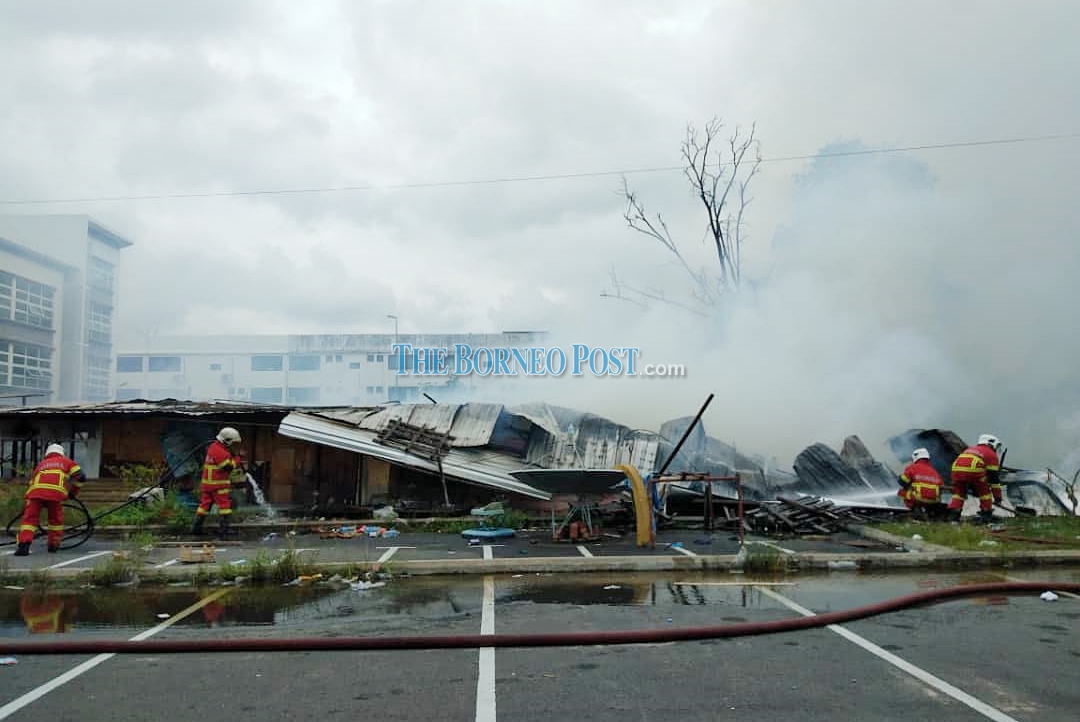 Firefighters dousing the flames after the workers’ living quarters were completely consumed by the blaze.

“Upon arrival, the operation commander reported that the fire involved non-permanent structures of three workers’ living quarters, comprising 60 doors which were 100 per cent destroyed.

“The fire was brought under control around 2.07pm and up to now overhaul work is still being conducted to ensure no remnants are left at the scene,” he said in a statement.

No injuries or casualties were reported in the blaze.

When contacted, Law said that that the cause of fire is still under investigation.