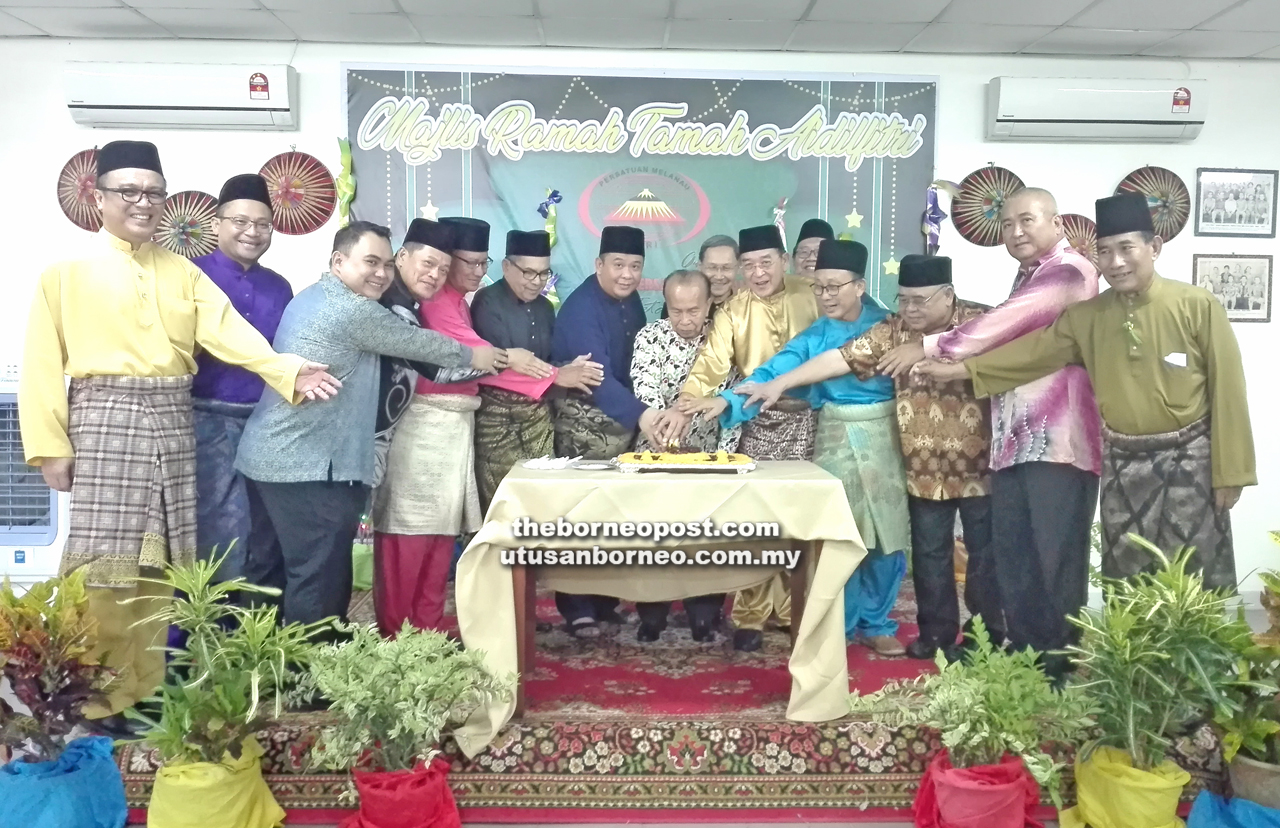 (From fifth right) Muhammad Leo, Alexander, Lukanisman and others jointly cut the ‘pulut kuning’ to officiate at the Aidilfitri gathering.

MIRI: Melanau associations in the state are urged to play their role in helping the government address social problems affecting the community at the grassroots level.

Federation of Sarawak Melanau Association (PPMS) Tan Sri Dr Muhammad Leo Michael Toyad Abdullah said such commitment is vital in order to ensure the Melanau community living in urban and rural areas will not be left out from the latest development policy implemented by the state government.

“There is a need for us to help and further enhance each other in all development aspects. The economic situation has changed now, and we have to trust each other because working as a big family team is our strength,” he said during an Aidilfitri gathering organised by Miri Melanau Association (PMM) at Wisma Melanau Miri yesterday.

He also called on Melanaus to continue to subscribe to the spirit of working together with other communities to further enhance racial unity and harmony in the state.

While fighting for the interests of the Melanau community, he stressed it is also essential for the associations to continue promoting the spirit of goodwill with other communities to ensure the activity conducted by the association would receive good support from others, and vice versa.

At the same time, he also voiced his concern on the involvement of youths in social ills such as drug abuse, and called on Sarawakians to work together with the authorities in the fight against drugs.

Lukanisman later announced a government grant of RM10,000 to PMM for it to carry out its activities.