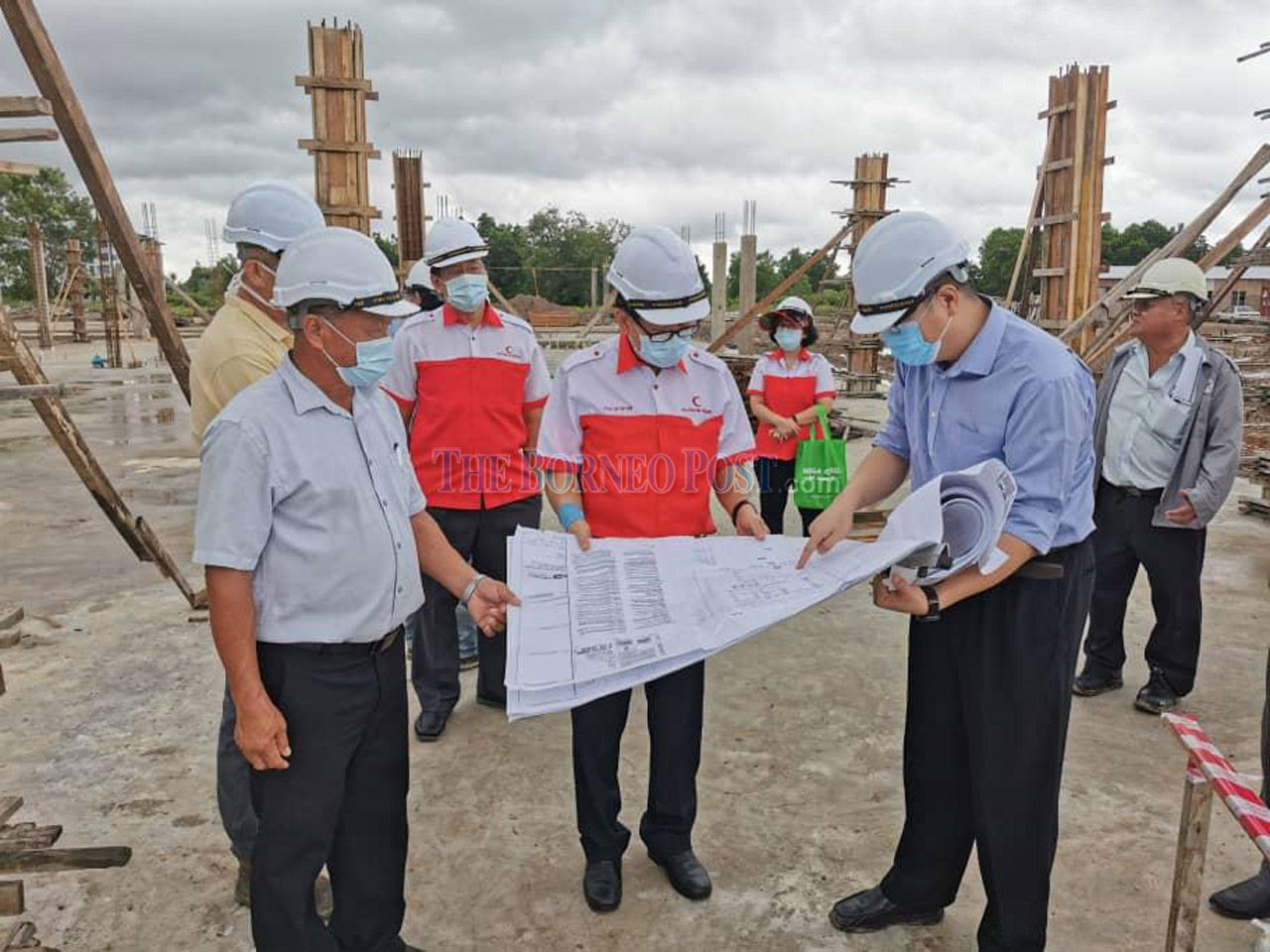 Lee (centre) briefed by a representative of the contractor on the progress of the new Miri Kidney Dialysis Centre in Permyjaya.

Transport Minister Datuk Lee Kim Shin who visited the site yesterday said the contractor has complied with all the standard operating procedures (SOP) outlined by the government under the Recovery Movement Control Order (RMCO).

“The construction work for the project stopped since the MCO was enforced on March 18.

“Now, it has resumed and the contractor is complying with all the SOPs set by the government,” he said.

According to him, the RM5.433 million facility is expected to be completed by February next year.

This is the second facility under MRC Miri Chapter and it is located next to the Industrial Training Institute (ILP) Miri in PermyJaya. It will support and complement the existing dialysis centre at Jalan Bulan Sabit here.

Lee, who is also MRC Miri deputy chairman and the dialysis centre’s chairman, said that the new centre will cater to patients from nearby areas such as PermyJaya, Tudan and Kuala Baram.
“Once this facility is completed and in operation, patients from these places (PermyJaya, Tudan and Kuala Baram) would not have to go to the existing kidney dialysis centre at the MRC headquarters here, which already has 339 patients,” he disclosed.