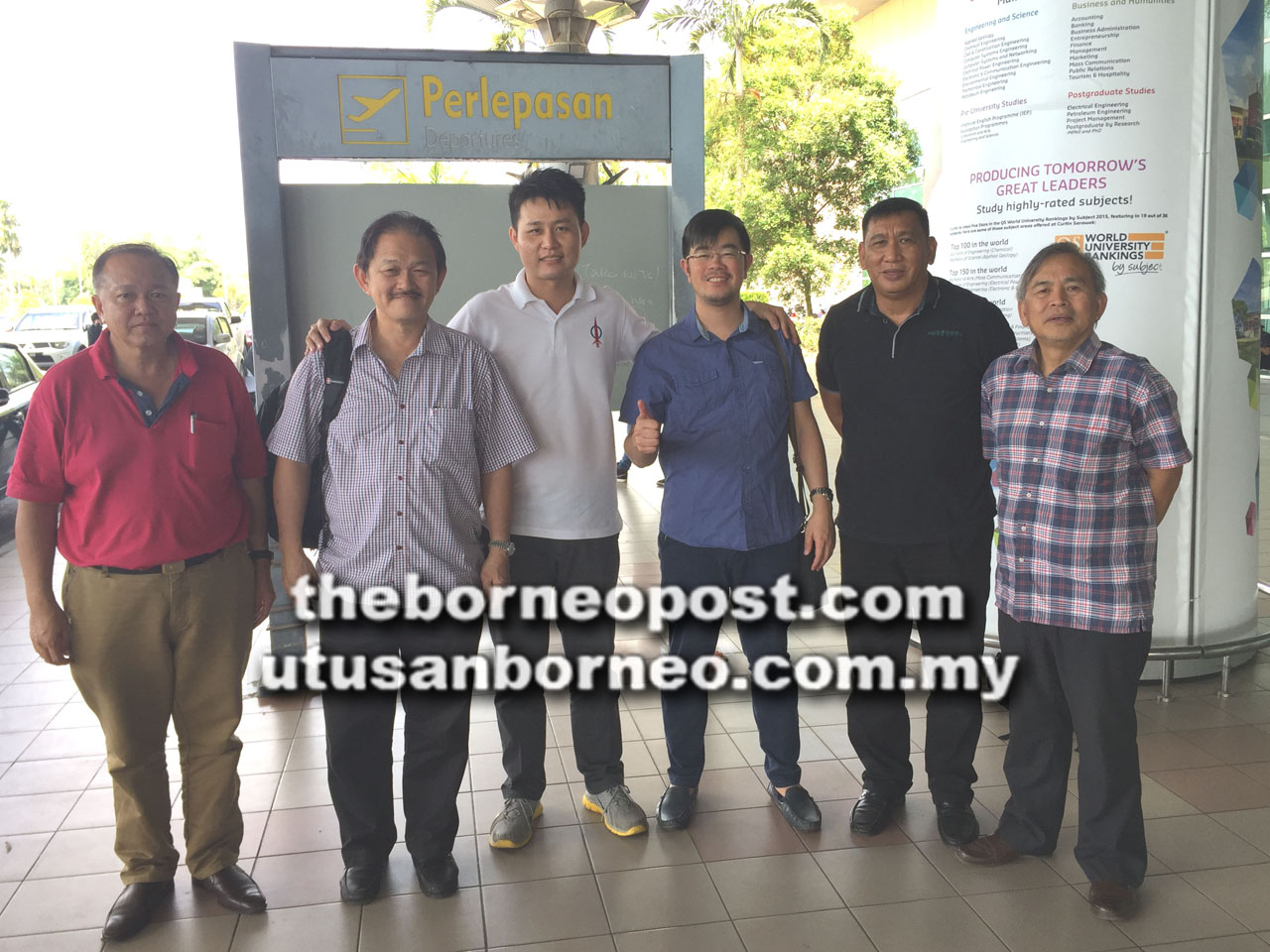 Ling (third left) and the late Wong (second left) at Miri Airport with DAP’s then state election candidate for Senadin Dr Bob Baru Langub (right). The late Wong had led a team from DAP Sabah to help in the campaign in northern Sarawak.

A saddened Ling told The Borneo Post that he could hardly believe what had happened upon receiving the news of Wong’s demise.

“I couldn’t believe it when I received the news today (yesterday). It was too sudden and difficult to accept it.

“Wong was well-liked in the party and everyone called him ‘Brother Fatt’ or ‘Fatt Gor’. Those who didn’t know him would think he is very serious, when in actual fact, he was someone with great personality who always liked to share a joke with others,” he said.

Wong, 65, passed away due to suspected heart attack. He had earlier gone hiking with a group at Tambaig Adventure Park in Kampung Duvanson in Putatan.

“The late Wong was a dedicated politician, more so since his appointment as a state minister. He was always preoccupied with back-to-back meetings and always had the people’s problems that he wanted to solve.”

He said the last time he had met and chatted with Wong was at the DAP national leadership retreat in Selangor less than two weeks ago.

“We got to know him very well when he led a team of DAP Sabah comrades to Miri to help in our campaign during the 2016 state election,” Ling added.