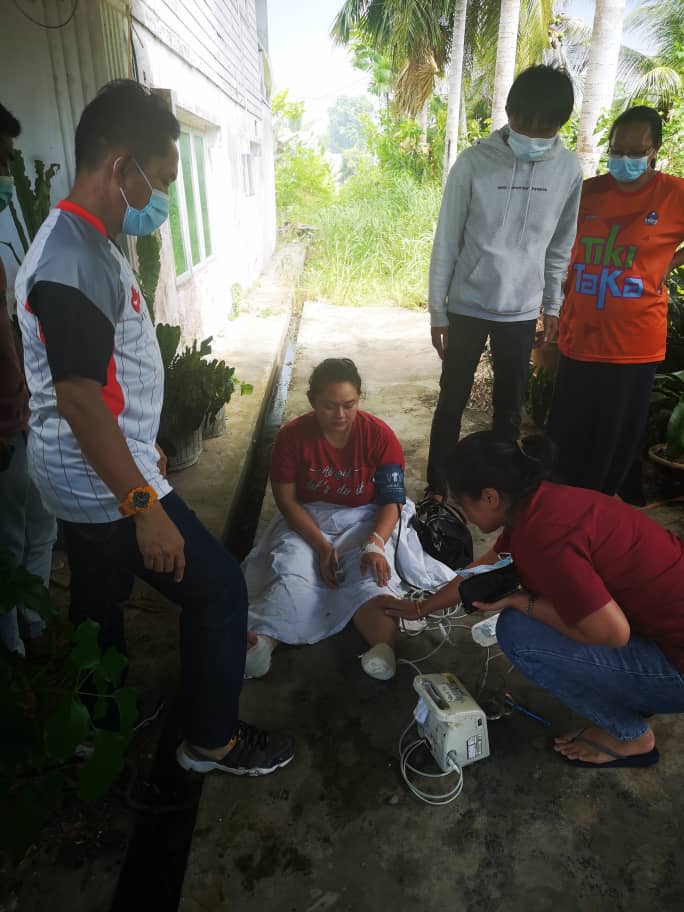 Mohd Saharan’s wife being treatment for her burns at the scene.

The fire was believed to have started at the kitchen of the two-decade-old house while eight members of the family were at home and two others were at work.

According to Mohd Saharan Bujang, 52, the son-in-law of the house owner, he was at work when he received a call and rushed home. 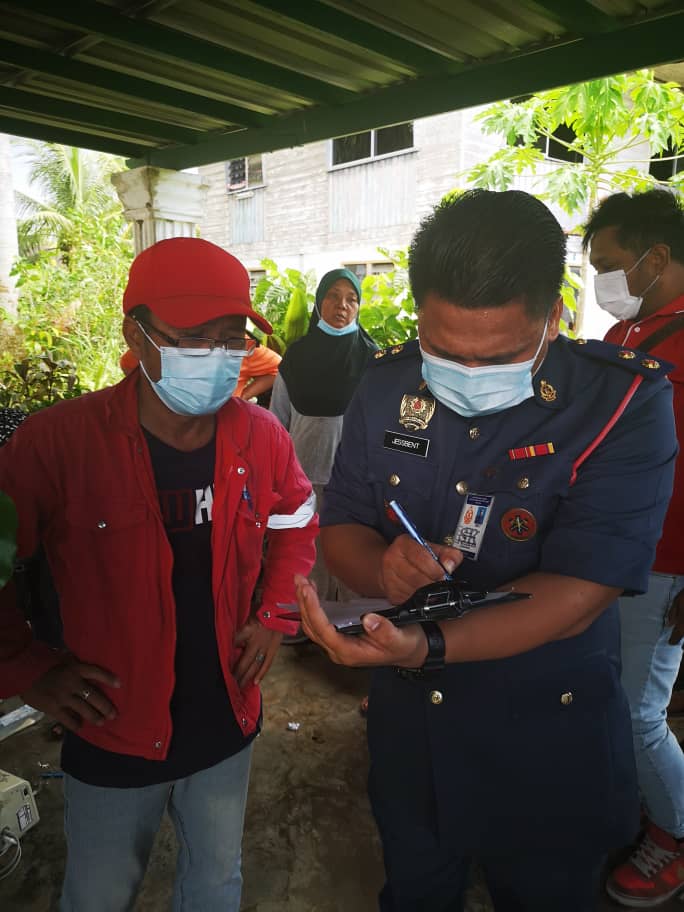 Mohd Saharan answers questions from a firefighter at the scene.

“We manage to salvage our personal documents and get everyone, including my parents-in-law and five-month-old baby out of the house to safety.

“My 31-year-old wife who suffered burns to her feet was given initial treatment by medical personnel at the scene and later taken to Miri Hospital for further treatment,” he said when met at the scene, adding that a sports bike belonging to the family was also destroyed.

“The non-permanent structure measuring 40 by 30 square feet was 80 per cent gutted by the time firefighters arrived at the scene.

“The fire was brought under control and completely extinguished at about 2.10pm,” he said.

Law added that the cause of the fire and total losses have yet to be ascertained.