Woman freed from car that landed in a ditch 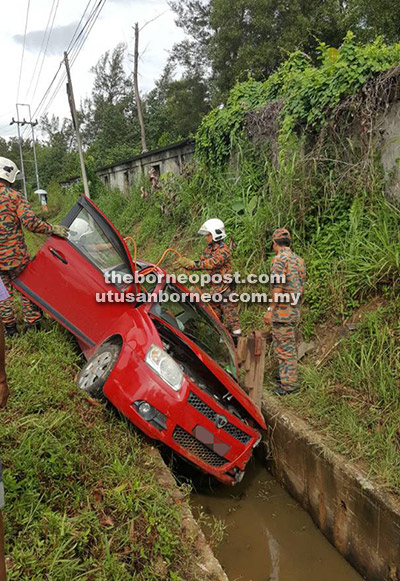 The car inside the drain.

MIRI: A woman suffered some anxiety when her left hand got trapped in a car, which skidded and crashed into a ditch at Bakam-Miri road here yesterday.

It is believed that the victim was in the front passenger seat.

Four other women in the car were not injured.

“We arrived at 9.47am to find the car in a ditch and the woman’s hand trapped by the door.

“Firefighters used a hydraulic device to open the left side of

the door in order to free the victim’s hand,” Law said yesterday.

The victim was later transferred to an ambulance, which took her to the hospital. The operation ended at 10.16am.