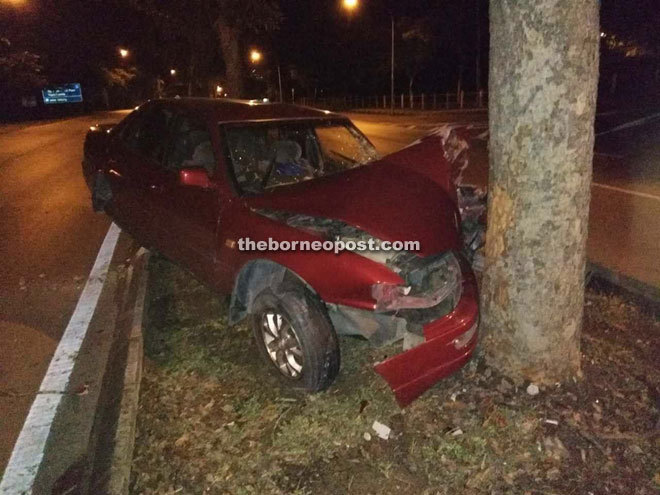 The car is damaged after it crashed onto a tree.

MIRI: A car driven by a woman skidded off the road and slammed onto a roadside tree near Taman Awam at Miri-Bintulu road about 1am yesterday.

Fortunately, the driver came out of the damaged car unscathed. She was, however, sent to Miri Hospital by friends for a check-up.It was said that she was driving alone to Morsjaya from the city centre when she suddenly lost control of the car which then skidded off the road and crashed onto a tree.

She immediately called up her friends who later brought her to the hospital. The actual cause of the incident is still being investigated.