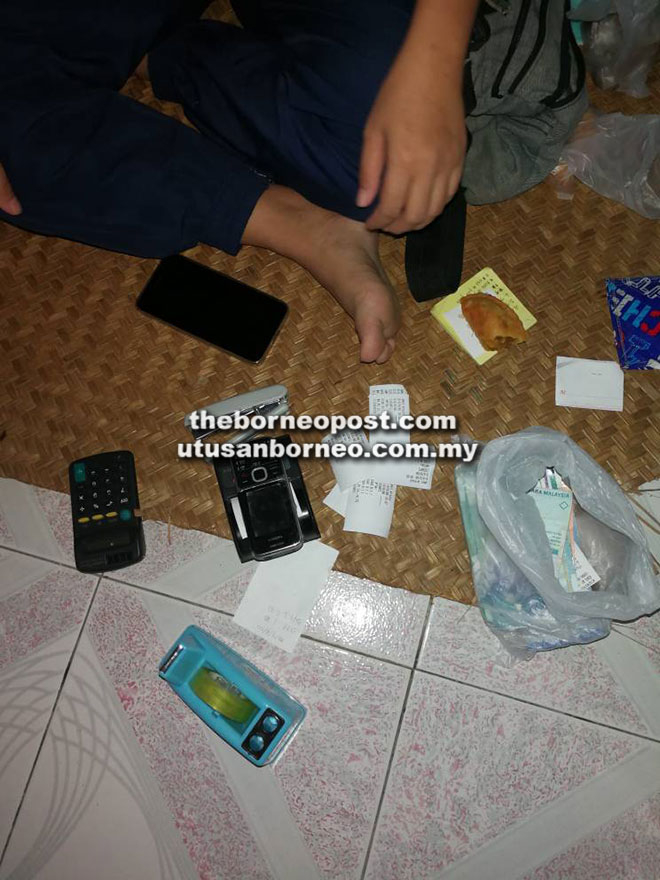 MIRI: A woman was nabbed at Rumah Usek, Sungai Keriok Niah on Saturday for suspected involvement in illegal selling of lottery.

The raid was conducted by personnel from the Miri Crime Investigation Department (CID) led by Inspector Mohd Fitri Kukung.

The case is being investigated under Sect ion 4A (a) Open Gaming House Act 1953.