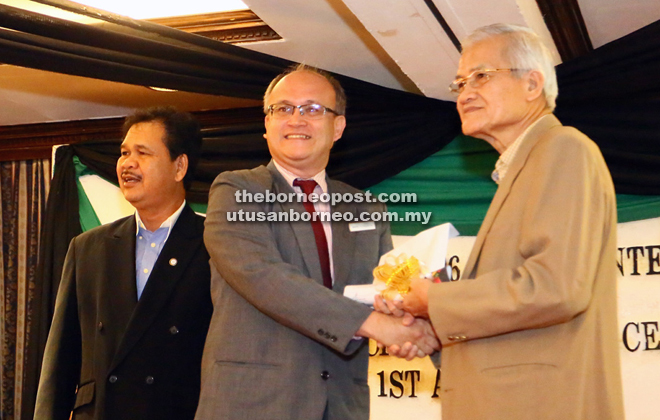 For the first contest, which was RWMF 2016 Hotel Decor Contest, Merdeka Palace Hotel and Suites bagged the first prize of RM5,000 cash and 15 complimentary RWMF2016 tickets.

The contest was organised by Sarawak Tourism Board (STB) in partnership with Malaysia Association of Hotels.

The objective of the contest was to create buzz and excitement among tourists and visitors staying in various hotels as well as locals as part of the publicity build-up and promotion for the festival.

The hotels were judged based on three criteria: relevance to theme, creativity of decoration and range of special promotions offered in line with RWMF.

The second contest was #RWMF2016 Insta Contest, which was also organised by STB together with Malaysia Shopping Malls Association.

These outlets set up their own RWMF2016 photo booths and the public were encouraged to take their most creative Instagram photos at these booths.

They were among the ten winners selected out of over 400 submissions from the public.

All prizes were given away by STB chairman Datuk Abdul Wahab Aziz.

The RWMF2016 is happening this weekend from Aug 5-7 at the Sarawak Cultural Village, Santubong. STB expects around 20,000 visitors for the three-day event, with 45 per cent from overseas.

The event will feature 25 performers from all over the world. Besides music and culture, festival goers will also be able to participate in various side events on site.