Which country's parliament has the most billionaires?

Lomakin was on the United Russia party list from the Perm region along with Trutnev and is therefore eligible to fill the vacated seat. In Russia, there is no by-election when a political office become vacant prior to the next scheduled election. The United Russia, headed by President Vladimir Putin, is the ruling political party in Russia, currently holding 238 of the 450 seats in the State Duma.

Lomakin was the co-owner of fertilizers producer Silvinit before selling his stake in 2010 to Uralkali in a merger that formed the world’s largest potash company after Canada’s PotashCorp. Russia is the no.2 potash-producing nation after Canada. The Russian Forbes estimated his wealth at US$1.2 billion earlier this year.

An entrepreneur with experience in diplomacy, Lomakin worked with the Soviet trade mission in Denmark and ventured into business after the fall of USSR. At last count, the Russian State Duma and Federation Council have 12 billionaires whose total wealth is $41 billion. United Russia by far has the most billionaires of any party in parliament, according to Forbes. 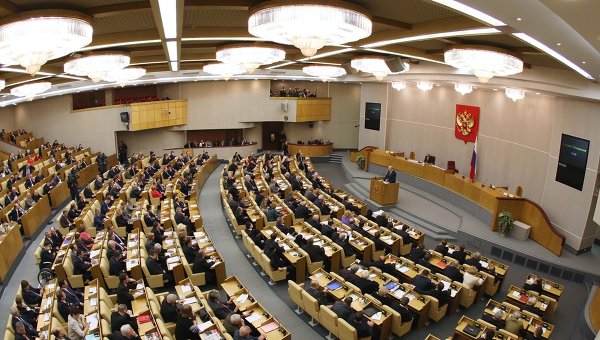 By comparison, the US Congress has no billionaire, with the wealthiest being Michael McCaul from the Republican Party. He has a net worth of US$294.21 million. Shaun Woodward is the richest member of parliament in Britain, estimated to worth around US$64 million.

Critics have accused billionaire deputies and senators of seeking seats in parliament for the immunity from prosecution they provide. United Russia has come in for criticism that it is “the party of crooks and thieves” due to the continuing prevalence of corruption in Russia.

In December 2011, Vladimir Putin rejected the accusation of corruption, saying that it is a general problem that was not restricted to one particular party: “They say that the ruling party is associated with theft, with corruption, but its a clich related not to a certain political force, its a clich related to power. Whats important, however, is how the ruling government is fighting these negative things.”

Russia - so much lands, so much resources, so much to take

Russia is ranked in 154 place out of 178 in the Corruption Perceptions Index published by Transparency International. According to some expert estimates, the market for corruption in the country exceeded US$240 billion in 2006, while the Russian think tank Indem estimates that bribes accounted for 20% of Russia’s GDP.

According to a poll conducted in early 2010, 15% of Russians reported to have paid a bribe in the past 12 months. The overall amount of bribes in the Russian economy during the last decade skyrocketed from $33 billion to more than $400 billion per year in Putin’s government, according to Georgy Satarov, aide to former President Boris Yeltsin. Statistics revealed that more than 70% in Russia believe their politicians are corrupted. There is always have a “The Dark Side” in every section in this world … just that whether it has been discovered or not … :roll: