Watson lodges police report after his name, picture are used for Bitcoin promotion 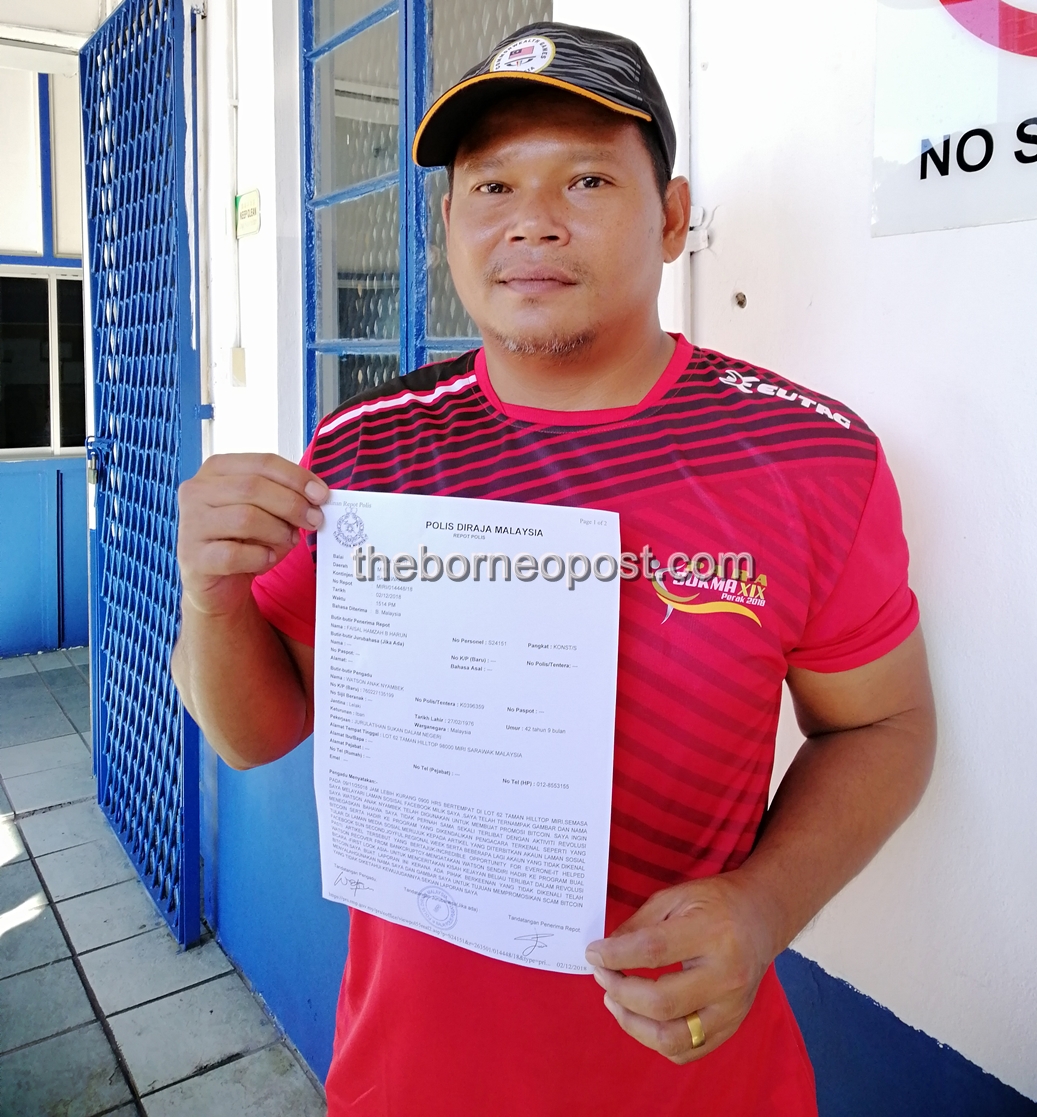 Watson show a copy of police report he lodged at CPS today.

Watson when met after lodging the report at Central Police station (CPS) here said although he knew the issue for quiet some time, he only had the time to lodge the report today.

“Yes, I first knew about it (his name and picture used to promote Bitcoin) through Facebook on Nov 9 but I was busy with training, therefore I was not able to lodge the report,” he said when asked on why he was late in lodging the report.

Several Facebook accounts claimed that Watson is a living example who recovered from bankruptcy to become an instant millionaire due to the Bitcoin trading.

“I strongly deny the claim and that I have never involved (myself) in Bitcoin,” he stressed.

After lodging the report, he went to the Miri Malaysian Multimedia and Communication Commission (MCMC).

Watson was accompanied by his wife and son when lodging the report.