Gatcha! :mrgreen: It was just a paintball competition, last Sunday. Karl boss brought me there, for a shoot… and of coz, any shoot in the the war zone will get you self SHOT! Which almost happen to me twice - once near head shot :shock:

Well, its a nice event, although it is very hard to focus and do composition as we have to wear a paintball mask - not only restricting our sight, but its warm and foggy! 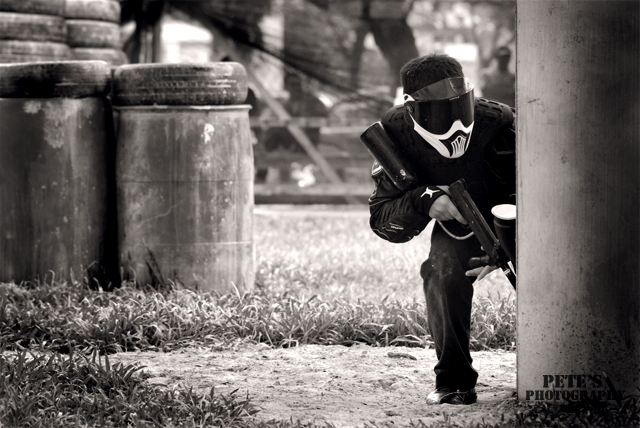 Did you wrap up your gear with plastic bags… to avoid paint splatter? =P

Pei… can do… haha… but just need to find proper props, clothings and locations to make it successful…

Lwong, the answer is NOPE. we went in with our camera naked. Lol… however, paint ball bullets are just made from vegetable oil (as what i understand).

We just need to the bullets from shooting straight into the lens… that should be alright. 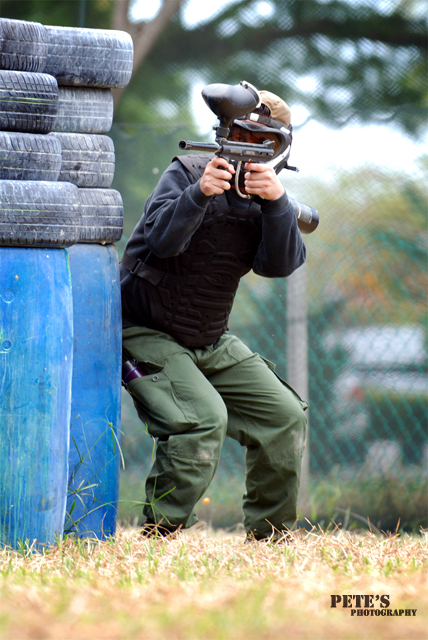 a photo a day…