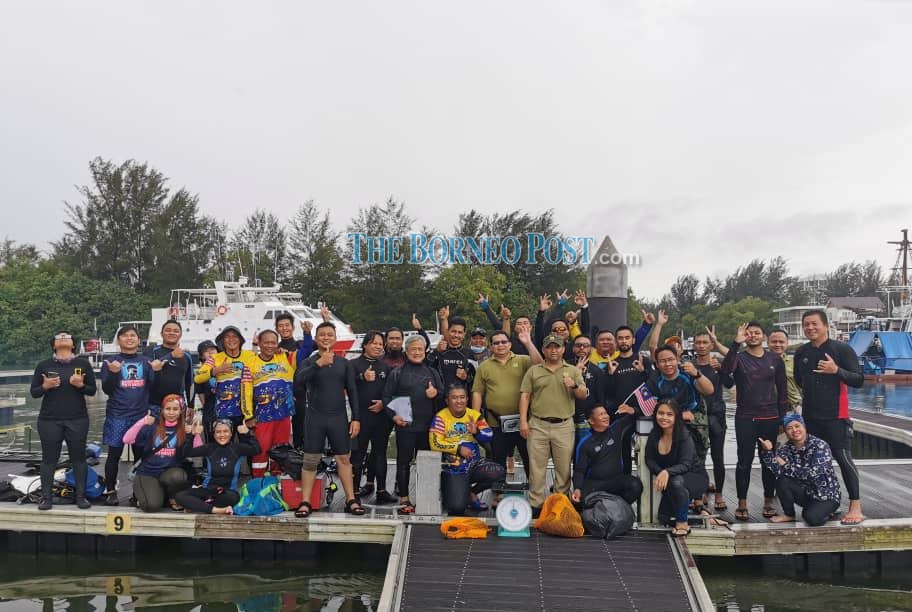 A total of 40 divers were involved in the programme, which include those from SFC, the Fire and Rescue Department, Department of Fisheries, Marine Police, Northern Sarawak Journalist Association (NSJA), Whaleshark Miri, Dive@Borneo, Miri Divers, Future Ocean Borneo, Kenyalang Underwater and Forest Department.

Funded by Petronas under the SFC-Petronas Eco-marine Project, the team managed to remove five kilogrammes of debris from the ocean while raising awareness on marine pollution.

Zolkipli, who is also a Controller of National Parks and Nature Reserves, and Controller of Wild Life, expressed his gratitude to all participants in this operation and welcomed more collaborations.

“Coral reefs are abundant around the Miri-Sibuti coastal zone, which is now more vulnerable to human threats such as trawlers and ghost nets that stuck at the bottom of the ocean.

“There is also the concern that there are five trillion plastics in the ocean in a 2019 estimate that is wreaking havoc on marine ecosystems, and this is a global crisis that needs to be taken care of, starting from us ” he added.

Members of the public who wish to do any recreational diving activities may contact Miri Coral Reef National Park at 019-4694690 (Park Warden – Abdul Ajis) or Miri Regional Office helpline at 019-8290994.