Vivian the pride of Miri with VMP sweep of four awards 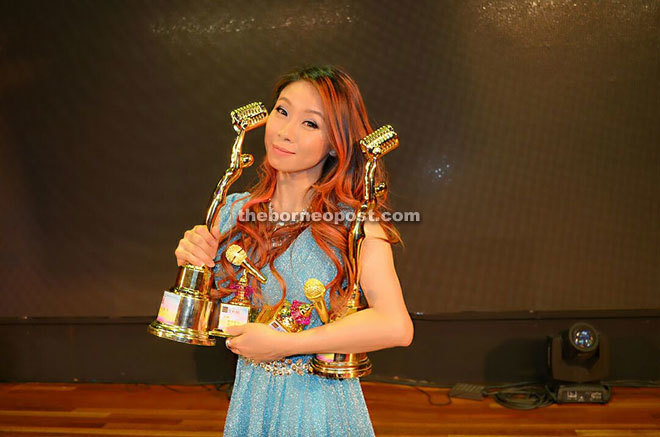 “The result came as a surprise when my name was announced again and again, because there were other more vaunted artistes in the music scene being nominated in the same category as mine.

“I was flattered when my name was announced, during which I received a lot of words of encouragement from them (artistes). It has inspired me to keep going for a very long time,” Vivian said.

Sharing her decade of experience on the local music scene, Vivian admitted that it wasn’t easy, as there would be a lot of judgement.

“Besides composing and singing my own songs, I get the opportunity to compose for other artistes and that let me learn more about their experience.

“Life experience is different and as one of the Malaysian artistes, it is important for us to work together, as I strongly believe we then can shine bright locally and internationally,” she said, adding that she felt fortunate the strong support from her parents and family enables her to do the things she loves most.

“For now, I am busy preparing for my new albums and hopefully, it will be out by year end.”

When she is not busy with her singing and composing career, Vivian offers vocal singing class for young talented children.

“I may not be able to attend to my students in person due to my increasing work commitment, but I make good use of modern technology and social networks like Whatsapp and Wechat.

“So far, we haven’t had much problem using it. I must say I am quite amazed with the convenience and comfort of the technology we are so fortunate to have,” she said.