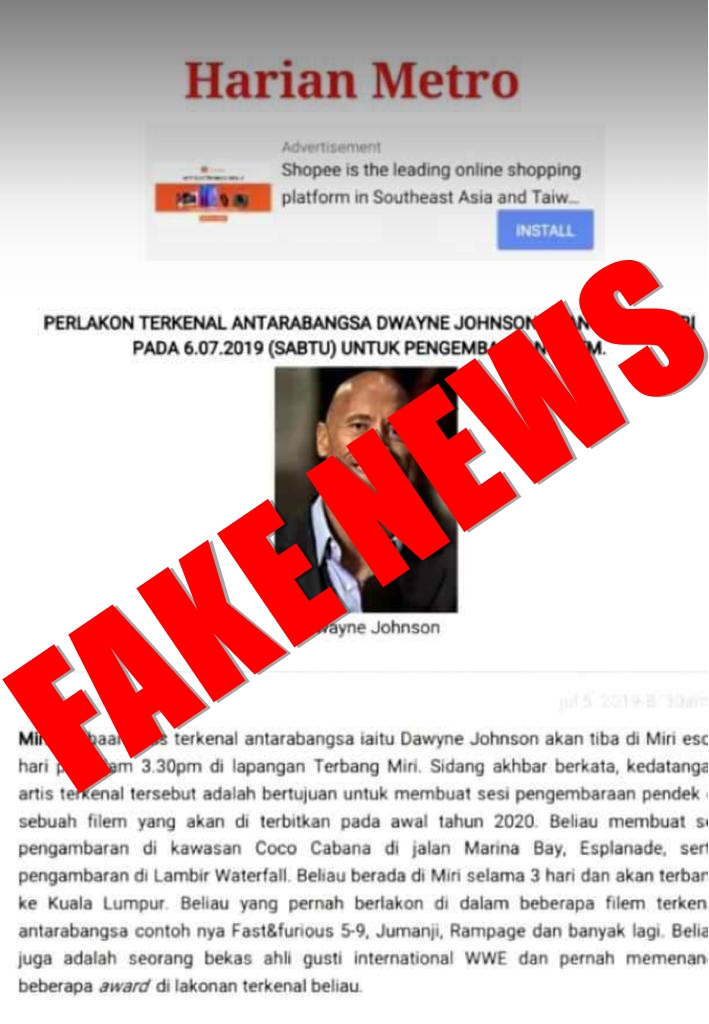 The falsified news report using the name of a popular Malay daily which was widely circulated on social media.

MIRI: News of Hollywood superstar Dwayne Johnson, also known as The Rock, who is said to be arriving in Miri today for a movie shoot is nothing more than fake news.

A news report on The Rock said to be arriving at Miri Airport at 3.30pm today has been widely circulated on social networking sites especially Facebook and WhatsApp, using the name of a popular Malay daily.

Assistant Minister for Tourism, Art and Culture Datuk Lee Kim Shin has confirmed that no such visit will be taking place.

“I have contacted the management of Coco Cabana, where the actor is said to be visiting for a movie shoot according to the circulated picture, for confirmation and they told me that there is no such event happening at Coco Cabana involving Dwayne Johnson.

“I have received a lot of messages and calls from the public who want to know whether the news is real, but it isn’t,” said Lee.

He advised the public to refrain from spreading false news especially on social networking sites and to verify such pictures before sharing them.