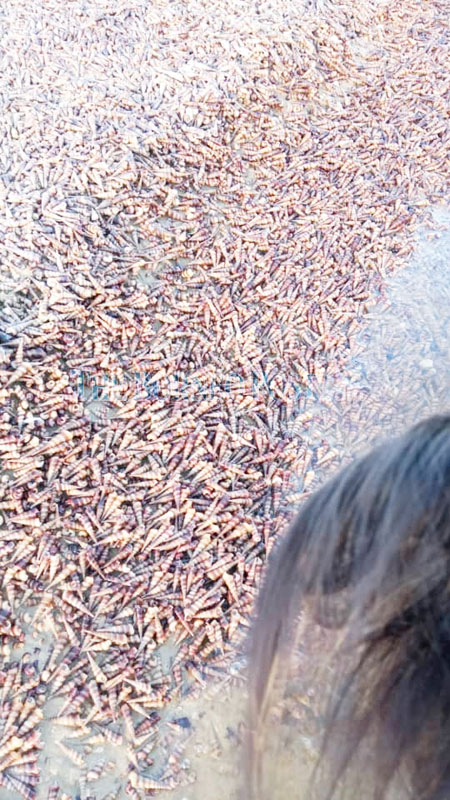 Photo shows a section of the sea snails that washed ashore.

The sea snails were then brought to a local market, where they were quickly snapped up by buyers.

“Many villagers after receiving information on the tekoyong panjang washing ashore through social media and WhatsApp groups rushed to the shore to collect as much as they could,” Kampung Beraya Lambir chief Budin Marali told The Borneo Post yesterday.

He said there was an air of festivity as the villagers worked together to collect the delicacy.

Villagers sold out the sea snails at RM7 per kg in a matter of hours.

According to Budin, the sea snails usually wash ashore when there are strong waves and currents once or twice a year.