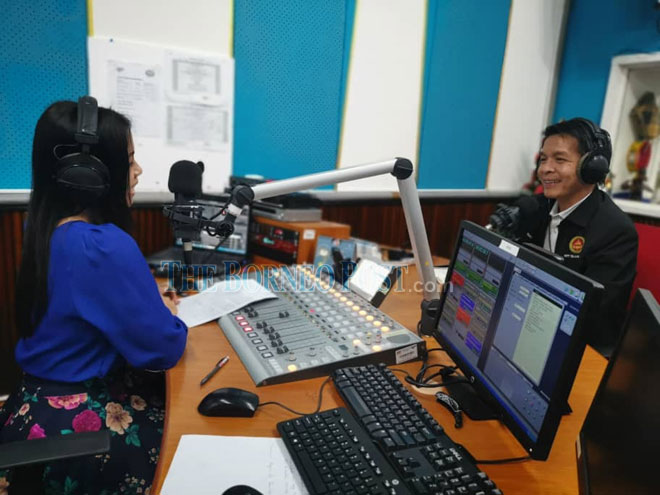 He said the Ministry of Modernisation of Agriculture, Native Land and Regional Development has been very committed to getting Telang Usan rural folk to be involved in modern farming practices.

“I’m working with the ministry to push the people in my constituency to take advantage of the huge NCR land they inherit by going for modern farming.

“That is why the people are encouraged to plant more crops such as durian, pineapple, coffee and so on,” he told The Borneo Post when met after an interview at Radio Televisyen Malaysia (RTM) Miri here yesterday.

He noted that to support this initiative, the Sarawak government will set up a collection, processing and packaging centre (CPPC) at Long Lama.

On another issue, Dennis said basic infrastructure development remains as one of the Sarawak government’s priorities to ensure that all rural folk including Telang Usan residents are able to enjoy quality and efficient amenities.

He was particularly looking forward to the road extension and connectivity projects under the Highland Development Agency (HDA) particularly those involving the road from Long Lama to Long Bedian and Long Aya to Long Puah in Ulu Tinjar.

He also shared that he has been working hard to persuade the Sarawak government to build a sports complex at the Rural Growth Centre in Long Lama as well as requesting the federal government to set up a Telang Usan District Education Office under his constituency.

Earlier in his interview with RTM for the Radio Kayan Section, Dennis said the state government is committed to further developing Telang Usan in the next few years.

He also gave his assurance that the Gabungan Parti Sarawak (GPS) government under the leadership of Chief Minister Datuk Patinggi Abang Johari Tun Openg will continue to implement development projects for the benefit of the people if they continue to give the mandate to GPS to lead Sarawak in the coming state election.