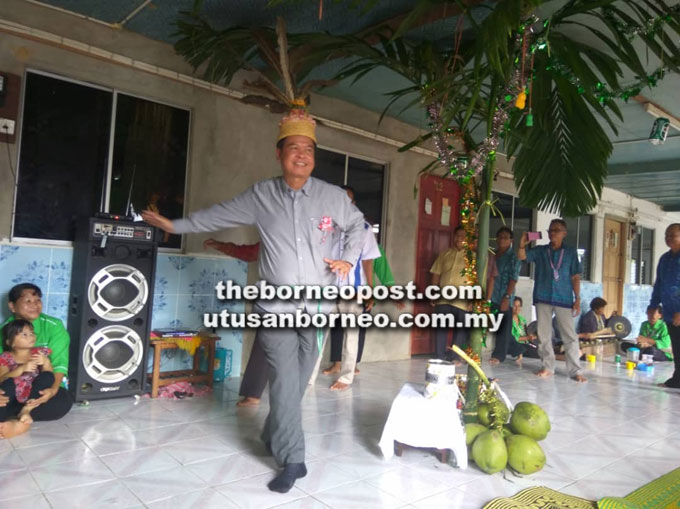 Majang performing a ngajat dance during his Christmas visit to Rh Gansor.

MIRI: For the people of Sarawak, the festive season serves as a platform to further enhance racial unity and religious harmony in the state.

In stating this, Samalaju assemblyman Majang Renggi said visiting open houses during festive seasons is a common practice in Sarawak.

Majang was met on his round of Christmas visits to Rumah Gansor in Sungai Sebatu, Suai on Wednesday.

He advised the people to always uphold such good spirit and the concept of open house to foster goodwill and unity.

Later on the same day, he paid similar visit to Rumah Junit, a nearby longhouse.

Besides extending festive season greetings to the longhouse folks, he announced some government grants to both longhouses – RM200,000 under Rural Transformation Programme (RTP) to lay gravel foundation at the front compound of the two longhouses, RM8,000 each under Minor Rural Project (MRP) grant to the women bureau of both longhouses and RM10,000 for each church at the two longhouses.