‘Upgrading of Miri Central Market to complete in a month’ 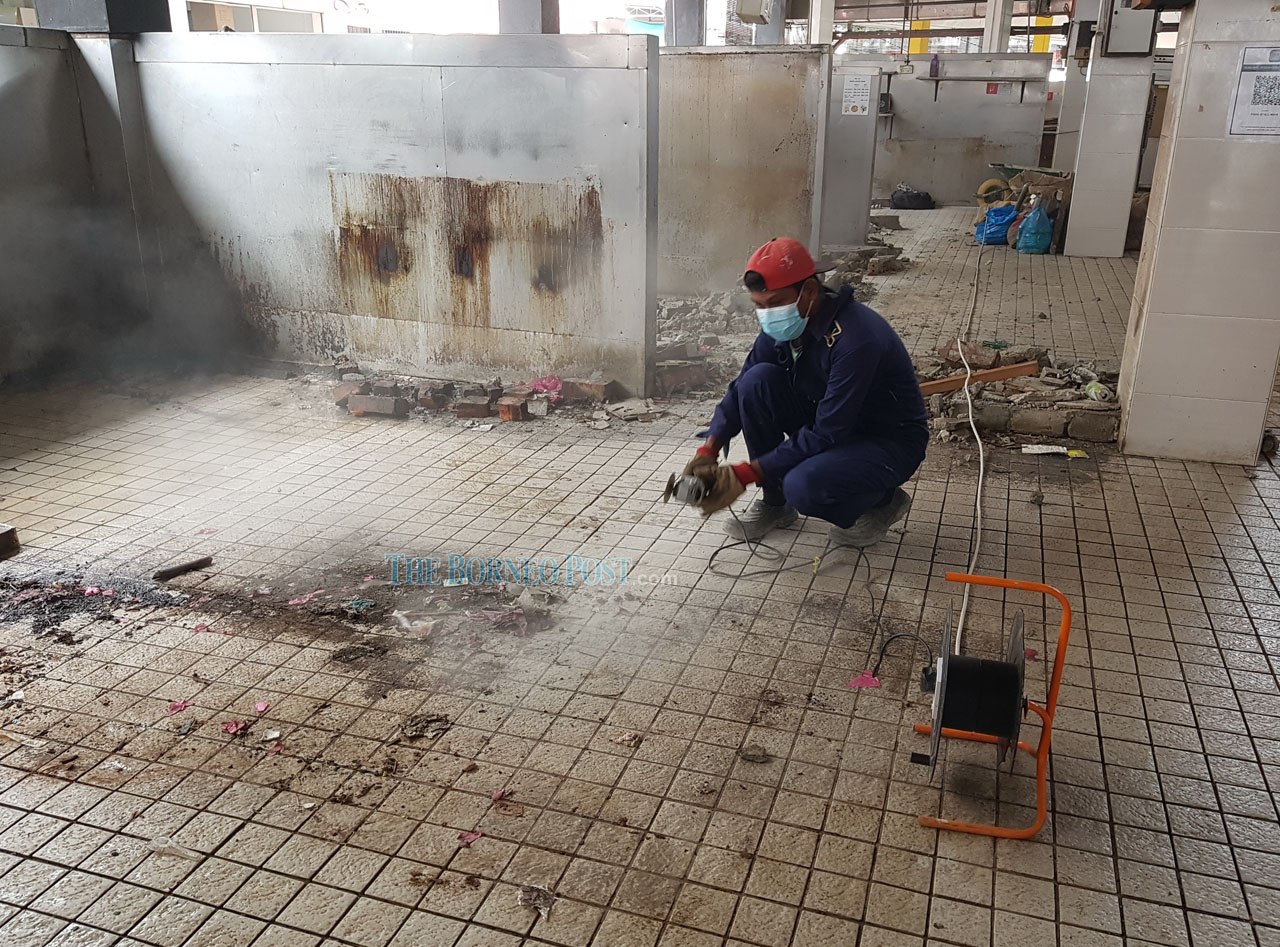 A worker at work at Miri Central Market which is now closed for renovation work.

MIRI: Miri City Council (MCC) will ensure that the upgrading work at Miri Central Market which commenced on Dec 22 is completed in a month’s time so that traders can resume their business without much delay.

MCC’s Market Traders and Hawkers standing committee chairman Aries Leong said this when told by The Borneo Post that there had been requests from the public for the council to temporarily assist the traders affected by the project.

“Before this, we (MCC) had discussed the matter, however due to the shortage of space in the city areas, which most traders would prefer, they might have to temporarily rest until the project is completed,” said
Leong.

According to him, over 140 traders including vegetable and pork sellers are trading at the market, thus the space needed had to be adequate to fit them.

“Previously, when Tamu Taman Tunku underwent renovation works, the 30 traders were temporarily placed at the parking space within the vicinity of the tamu.

“It is kind of a challenge for the central market, not only because of the limited choice of place, but also the huge number of traders. Hence, we’ve suggested for them to temporarily rest until the project is completed,” Leong added.

The post ‘Upgrading of Miri Central Market to complete in a month’ appeared first on Borneo Post Online.