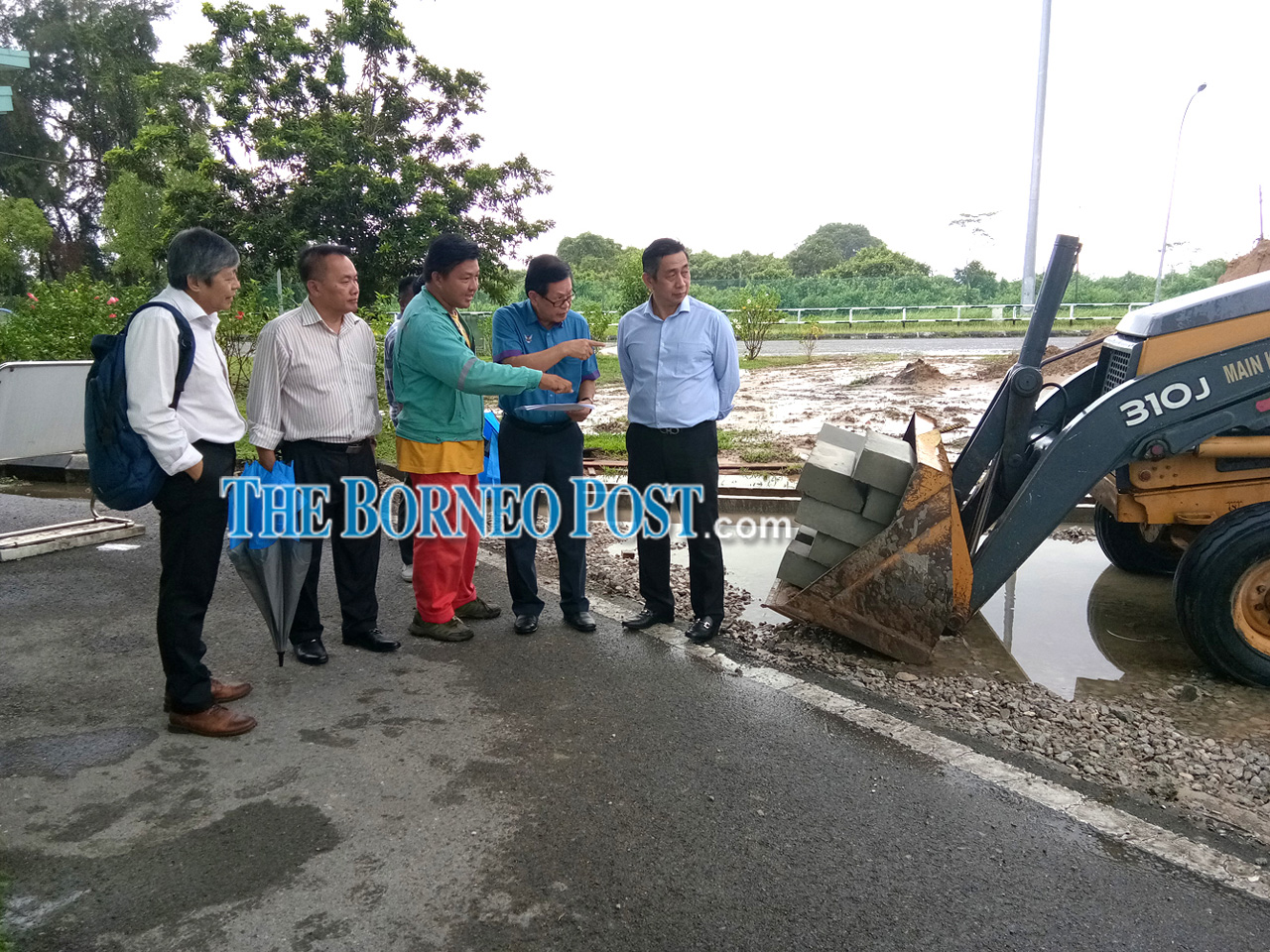 MIRI: Upgrading works on the Customs, Immigration and Quarantine (CIQ) Complex at Sungai Tujoh is now at 30 per cent completion.

The project is expected to be fully completed by the end of this month.

The upgrading project, which involves two new lanes for vehicles coming in from Brunei and one lane for vehicles entering the complex from Miri, is expected to improve traffic flow as well as expedite customs and immigration processes.

During a site visit yesterday, Minister of Transport Datuk Lee Kim Shin said the three new lanes involving a cost of RM300,000 would solve the bottleneck at the complex.

“Because of the present design of lanes for customs checkpoints, there is congestion problem especially during peak hours. Currently, both Malaysian and Brunei vehicles come out of the same lanes even though Malaysian vehicles do not need to go through customs checking.

“So once the new lanes are ready, Malaysian registered vehicles will not have to queue with foreign vehicles when coming into Miri. There will be a special lane for Malaysian cars to go straight out of the complex,” he said.

He added that the upgrading works were vital in view of the increasing number of visitors passing through the CIQ.

In August, the Customs Department started a QR code concept for its Vehicle Monitoring System (VMS).

Although this system is faster, traffic congestion still occurs due to limited lanes for vehicles.