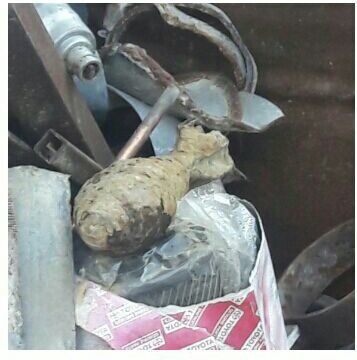 The unexploded ordnance was found in a scrap metal heap on Wednesday (Sept 7).

MIRI: An unexploded World War 2 bomb was discovered in a scrap metal recycling centre at Taman Tunku on Wednesday (Sept 7).

Police and bomb disposal experts were called to the scene around 1.30pm to remove the bomb which weighed around 20kg.

It was understood that workers found the bomb in piles of scrap metal while working and they immediately alerted their employer.

According to Miri acting police chief, Supt Stanley Jonathan Ringgit, the bomb – a UXO mortar 110 – was successfully removed to an area in Lambir.

“They transferred the bomb somewhere in Lambir around 4.17pm and at 5.20pm they safely detonated the bomb,” said Stanley.