Britain broke free of a nine-month recession in the third quarter, helped by a boost from the 2012 Olympic Summer Games, the Office for National Statistics reported Thursday.

Britain’s economy finally out from recession

It isn’t the end of the Western world after all, as the U.S. economy strengthened while the British economy finally has emerged from recession. A recession is defined as two successive quarters of negative growth.

Gross domestic product rose 1 per cent in the July-September period from the April-June quarter, the statistical office said in a preliminary estimate. That growth, which lifted the country out of its double-dip recession, was better than the 0.7 percent to 0.8 percent growth economists had been expecting. This is the UK’s strongest quarterly economic growth in 5 years.

There is still a long way to go, but these figures show we are on the right track, George Osborne, the chancellor of the Exchequer, said in a statement. The weak performance of the euro zone, he added, serves as a reminder that we still face many economic challenges at home and abroad. 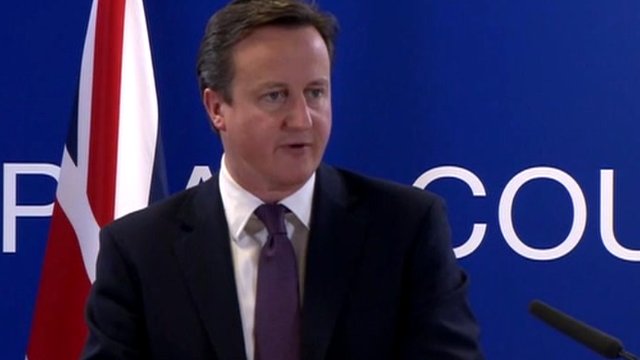 British Prime Minister David Cameron: We are right on track to recovery

Service industries, which make up about three quarters of the economy, surged 1.3 percent in the third quarter from the previous three months, also the most in five years, the ONS said. Olympic ticket sales are estimated to have added 0.2 percentage points to GDP. Production rose 1.1 percent, the most in more than two years, while manufacturing increased 1 percent. Construction output though, fell 2.5 percent, a third straight quarterly decline.

Positive report sent the British pound up against the dollar to $1.6134 in London, gained 0.6 percent on the day. While todays data confirm Britain exited its first double- dip recession since 1975, GDP is still 3.1 percent to its full recovery (first quarter of 2008)

Inflation on the other hand, cooled to the slowest in almost three years in September, while retail sales increased more than forecast. Payrolls rose to a record in the quarter through August, pushing the unemployment rate down to 7.9 percent from 8.1 percent.

In contrast with Britain, the euro zone economy, for which the data will be available in November, is expected to show sharp contraction. Britain is not among the countries that use the common currency euro.

David Tinsley, an economist in London with BNP Paribas, said that the data suggested the British economy is improving albeit slowly, thats weak, but contrasts favorably with the euro zone, he said. It underlines the difference between the European countries that are inside and outside the euro.

The economic data were under unusually close scrutiny, after Prime Minister David Cameron appeared to have a dropped a hint Wednesday that the market-sensitive data would offer a positive surprise when he told Parliament that the good news will keep coming on the economy. 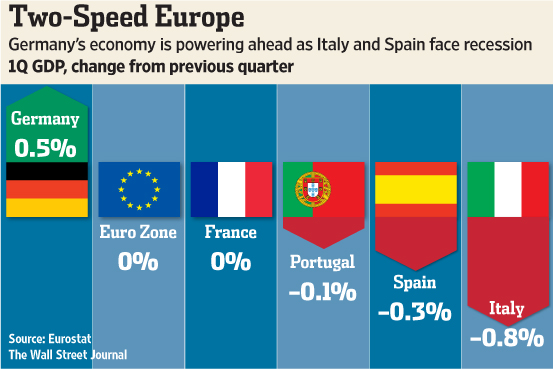 The Germans will feel the heat and will be drag through the mud. If the rest of Europe implodes,the weak economic performance in the US and troubling economic times in Asia,one has to wonder who would be buying German goods? The Germans are stuck in wages that are not rising enough to compensate for inflation so Germans will in the end suffer.