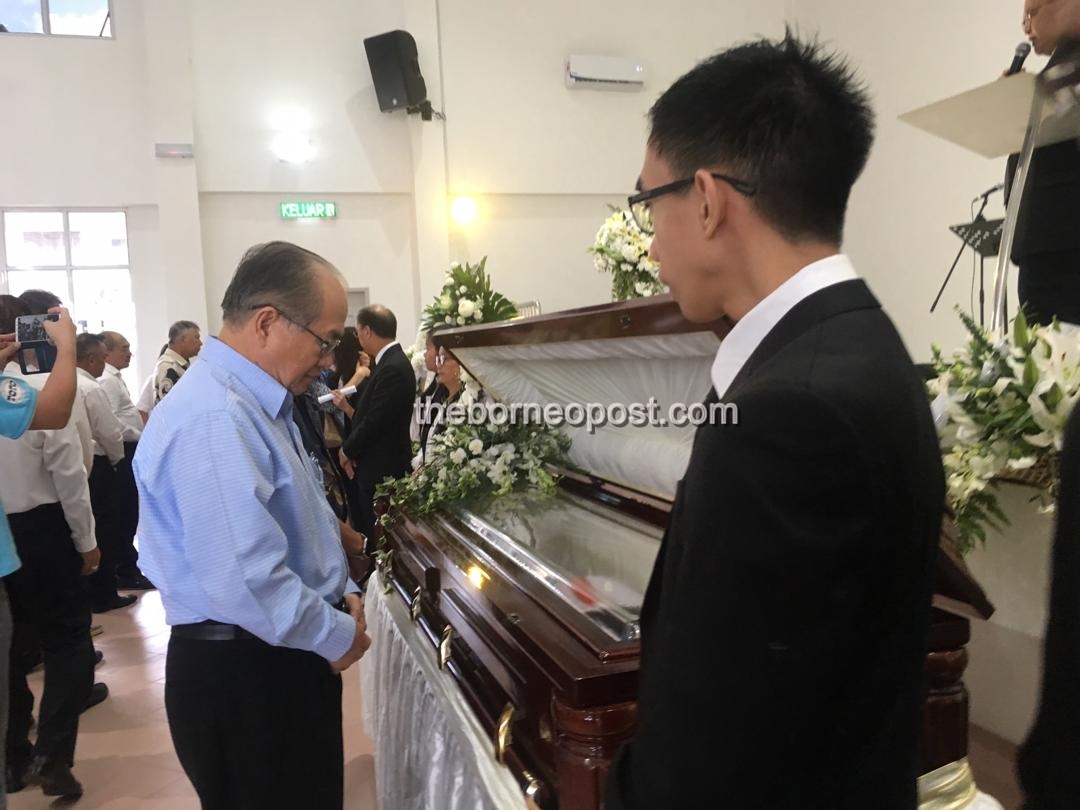 Uggah, who arrived at about 9am, was welcomed by Gala’s wife Damaris Isak and eldest son Datuk Gerawat Gala who is the State Legislative Assembly (DUN) deputy speaker. Uggah was accompanied by Minister of Utilities Dato Sri Dr Stephen Rundi Utom.

The burial will be held at BEM Miri Cemetery Lusut after the funeral service.

Gala passed away at the age of 81 at Columbia Asia Hospital around 1.40am on Sunday.

Two wakes were held at Ah Min Funeral Services Centre here on Sunday and last night prior to the funeral service today.