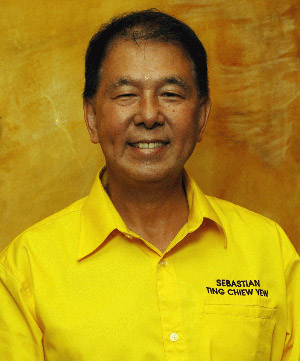 Its secretary-general Datuk Sebastian Ting Chew Yew in a statement today, accused the federal government of continuing to bully Sarawak and Sarawakians and placed them as the least priority in their list.

“This time their target is our rural school children,” he said.

He said the majority of Sarawakians are unhappy with the federal government’s decision, which reflects their clear intention of bullying Sarawakians, especially the rural students by making a U-turn on the loan contra formula.

Ting said Sarawakians were shocked to be told last week that by Minister of Science and Technological Research Dato Sri Michael Manyin Jawong that the loan contra deal to help the rural school children in the state is now off.

Ting said it is wrong for the federal government “to play political games and punish Sarawak due to jealousy”, as Sarawak government’s good financial health and reserve are due to good governance and prudent spending by the state government

“The money belongs to the people of Sarawak and we need to be cautious because the federal government is anxious to spend our money as they have repeatedly said they do not have money,” he added.