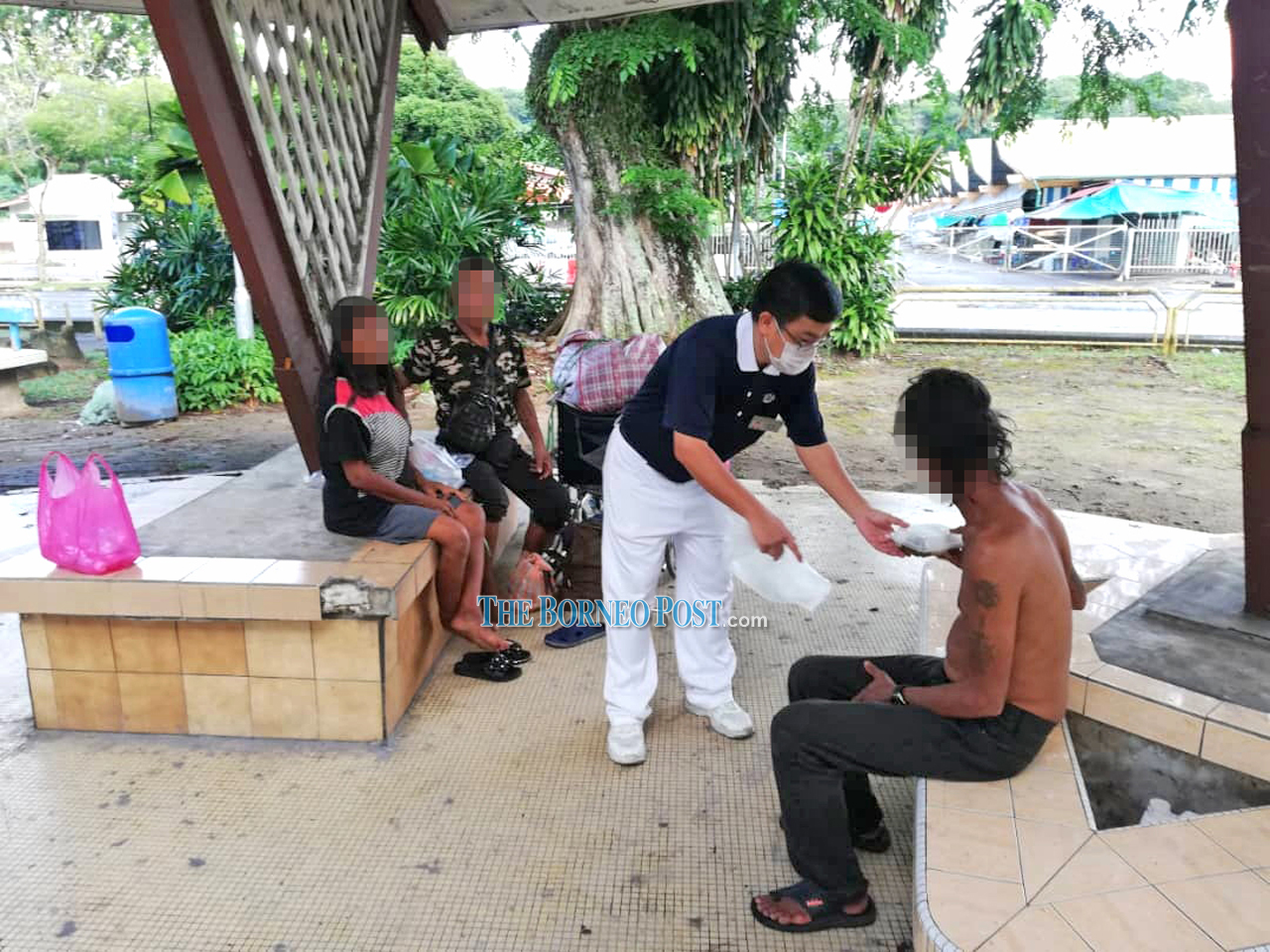 A Tzu Chi Miri volunteer distributes freshly-cooked meals to the homeless at a recreational park opposite Tamu Muhibbah.

MIRI: Taiwan Tzu Chi Buddhist Foundation Miri Branch (Tzu Chi Miri) on Saturday began providing hot meals to the homeless here, as part of efforts to reach out to them during the movement control order (MCO).

A volunteer told The Borneo Post that the initiative is expected to benefit some 30 homeless folks in the city centre.

“Our main intention is to reach out to these homeless who are suffering from hunger after the MCO started March 18. With the period extended to April 14, we decided to take matters into our own hands by preparing, cooking and distributing meals to the homeless,” said the volunteer, adding the meals will be provided daily throughout the MCO period.

The packed meals comprise rice and two types of vegetables, along with bread and mineral water.

“The vegetables are from SUPP Senadin who received a lot of vegetables and fruits donated by local farmers, while the bread and water are sponsored by Good Samaritans.” Some of the homeless upon receiving the meals said they had not had anything to eat – at times for days – as most premises are closed during the MCO, said the volunteer.

“We understand that they cannot linger around in the open during this period, as they’ve been chased off by the police. We found them mostly hiding in the back lanes and dark alleys,” the volunteer added.

Meanwhile, Tzu Chi Miri, which had previously applied for and obtained a special pass from the divisional disaster management committee, hopes it will be allowed to continue distributing meals to the homeless in the event a stricter MCO comes into force. 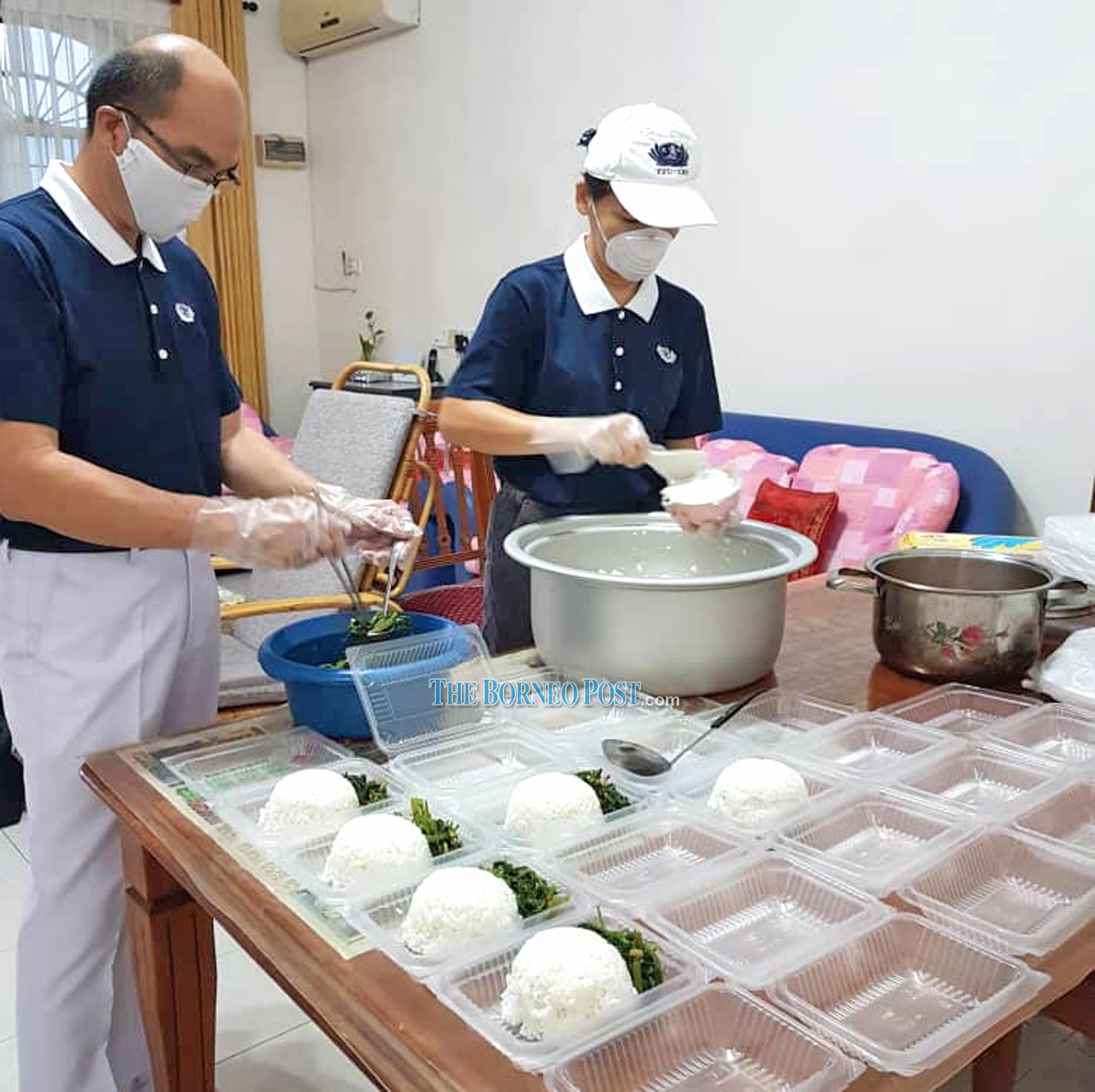 Volunteers prepare the meals for distribution to the homeless.