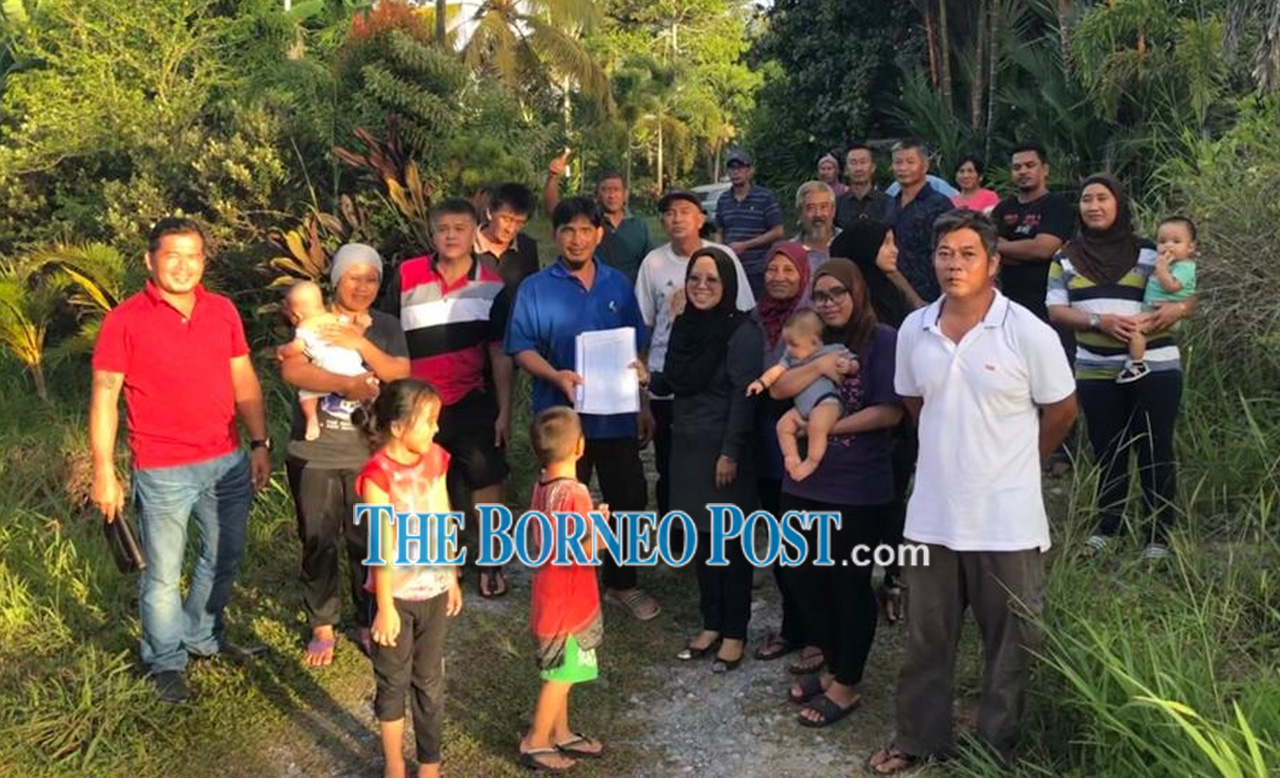 Zulhaidah (front, third right) holds the application document for water connectivity shown to her by the villagers during her visit yesterday.

MIRI: Some 300 villagers from Kampung Tukau Usahajaya and Kampung Tukau Jaya are wondering why they have yet to receive piped water supply, particularly as the two villages are located at the end of Miri Airport runway.

PKR Sibuti Women chief Zulhaidah Suboh said this was conveyed to her during her visit yesterday to the two villages, which comprise about 150 houses.

She said she was told by Kampung Tukau Jaya villagers that they had requested for road repairs and water connectivity to the relevant authorities on Dec 7, 2017, but that only the road repairs were carried out.

“There has been no response to the water connection application until today. It is sad to see that these two Bumiputera-majority villages, though located near Miri city, are still without water supply,” she said.

Zulhaidah, who was accompanied on her visit by PKR Sibuti deputy chairman Hadie Salleh and committee member Louis Jampi, said most of the villagers are farmers and smallholders involved in agriculture.

She added that rainwater collected by the villagers are used for washing and bathing, while water meant for cooking and drinking has to be bought from nearby stores.

“The villagers are worried that they would be left out of the government’s development plans and are appealing for water connectivity to be extended to both villages.

“This is not a new issue, but one which has been voiced out previously by the elected representatives for Lambir and Sibuti, yet no concrete action has been taken,” she said.