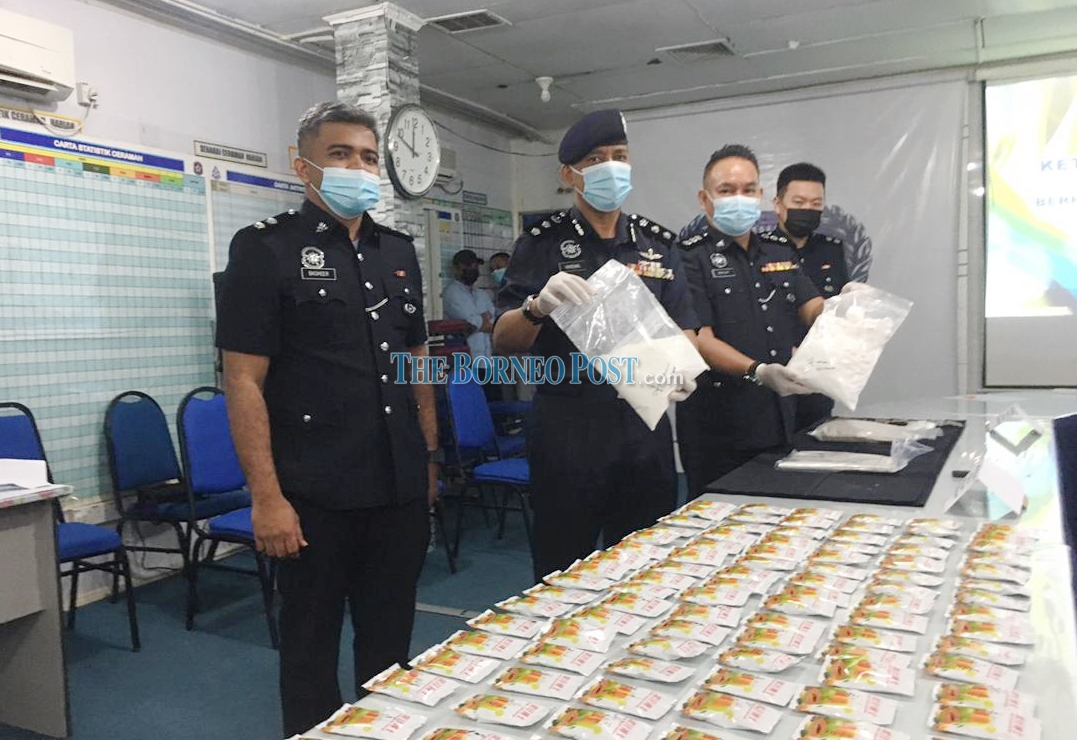 Hakemal (second left) and other police personnel show the drugs seized from the two suspects.

MIRI (Jan 22): Police have arrested two local men for alleged involvement in drug abuse and seized over 8kg of drugs with an estimated street value of RM248,500 during a raid at a house in Jalan Kin Link Garden Piasau here yesterday (Jan 21).

A car estimated to be worth RM53,000 was also seized from the suspects.

“Both suspects, who have no criminal records, have been remanded for six days for further investigation,” added Hakemal.

Both suspects are being investigated under Section 15(1)(a) and Section 39B of the Dangerous Drugs Act 1952 which could provide for death penalty if convicted.

The post Two men in Miri arrested with 8kg of drugs worth close to RM250k appeared first on Borneo Post Online.