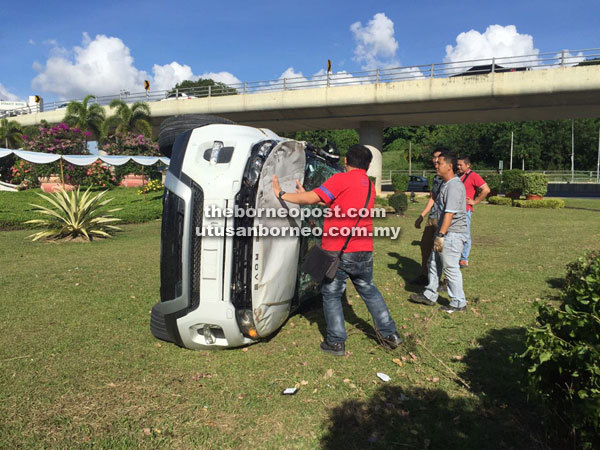 Several members of the public seen at the crash site to help flip back the SUV.

MIRI: A sport utility vehicle (SUV) skidded off the road before rolling a few metres into the midst of a roundabout near Jalan Angsana here yesterday afternoon.

Fortunately, the unidentified female driver and her daughter sustained only minor injuries in the 3.15pm incident. Both were rushed by relatives to hospital for medical attention.

Prior to the accident, the SUV was heading towards the city centre from Riam when the SUV went out of control and flipped before landing in the roundabout. The SUV came to rest on its side, with its front portion and roof dented.