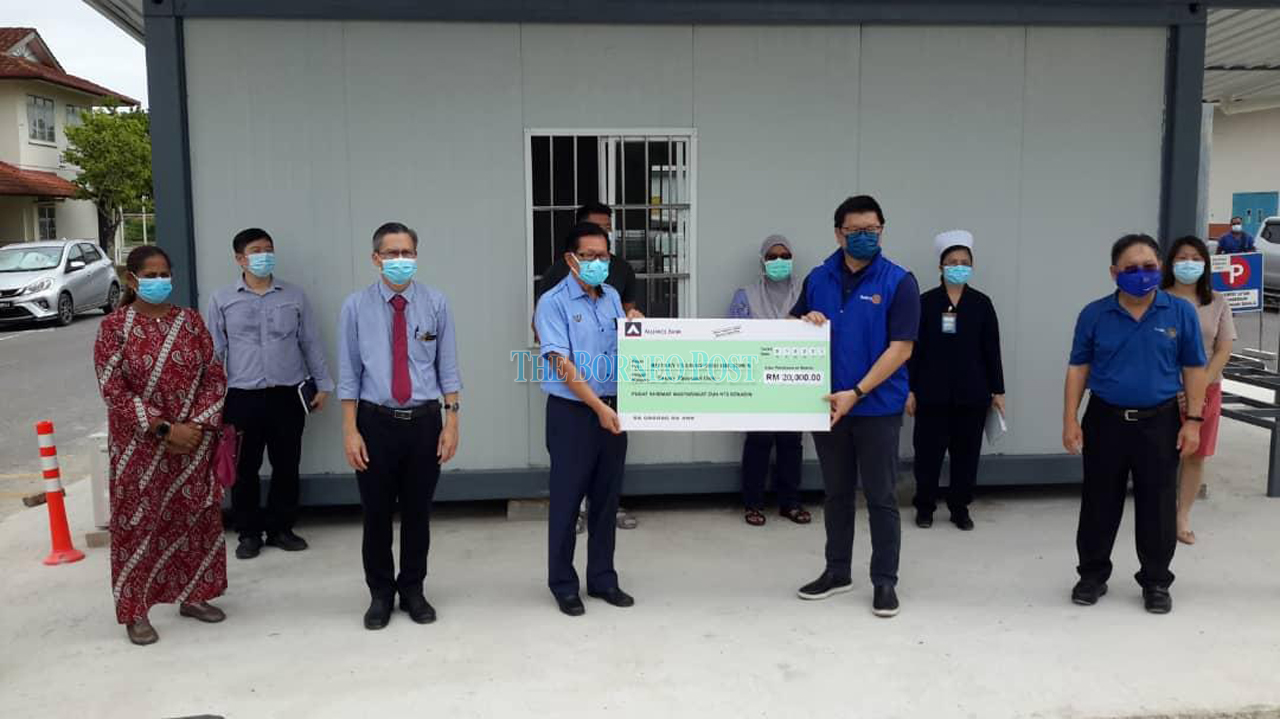 Lee (left) presents a mock cheque for the RM20,000 to Huang, witnessed by Tudan Polyclinic personnel.

MIRI: The drive-thru pharmacy at Tudan Polyclinic will be operational next month and make it easier for folks to collect their medication, said state Transport Minister Datuk Lee Kim Shin.

He said with the population in Tudan and its surrounding areas now exceeding 200,000, having the drive-thru facility was both timely and appropriate.

“The drive-thru pharmacy is expected to make it more convenient for patients, especially elderly citizens who would no longer have to wait for hours to collect their medication,” he said yesterday.

Lee, who is Senadin assemblyman, said this when inspecting the progress of the drive-thru project at the polyclinic yesterday, during which he presented a cheque for RM20,000 to Rotary Club of Miri Oil Town.

The drive-thru facility, built at a cost of RM80,000, is a joint project sponsored by the rotary club and DUN Senadin Service Centre. Among those present were Tudan Polyclinic head Dr Maurice Steve Utap and Rotary Club of Miri Oil Town president Sean Huang.

“The drive-thru pharmacy will ease congestion and reduce the waiting time at Tudan Polyclinic, as patients will be able to just drive to the counter, present their medication slip, collect their medicine and head back home,” Lee added.

Meanwhile, Lee said he had also submitted a proposal to the Health Ministry for a new polyclinic to be built in Permyjaya under the 12th Malaysia Plan.