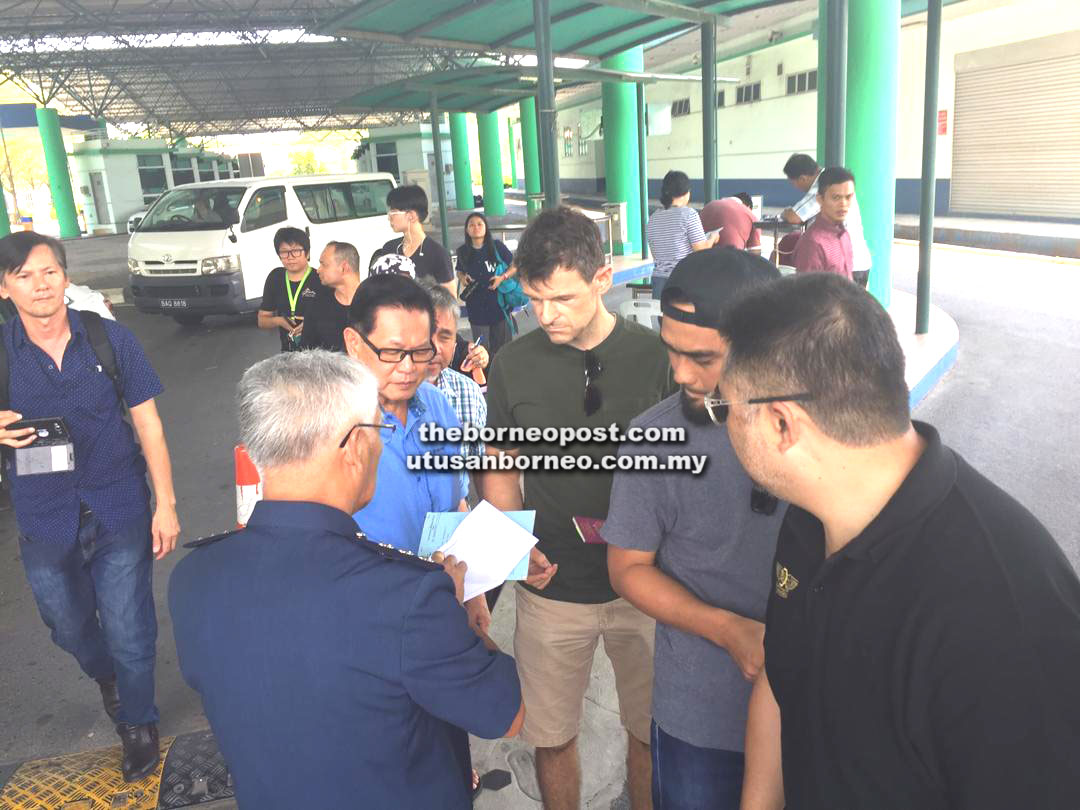 MIRI: The federal government should relook the vehicle clearance system currently being implemented at the Sungai Tujoh Customs, Immigration and Quarantine (CIQ) complex here, which has become a source of great frustration for frequent travellers.

According to Assistant Minister of Tourism, Arts and Culture Datuk Lee Kim Shin, the current policy implemented by the Customs Department requires vehicles to be stamped during each entry and exit, as opposed to the three-month permit granted previously.

“Frequent travellers, including those working in Brunei, are unhappy with the new system and are frustrated as they have to get down from their vehicles to physically get the entry or exit forms stamped.

“This ‘people-unfriendly’ system has caused long queues at the Customs Department’s office at Sungai Tujoh CIQ,” he told reporters after visiting the complex yesterday, as a follow-up to complaints received from the public over the system.

Lee was joined by Miri Resident Mastapha Julaihi, representatives from Miri Chinese Chamber of Commerce and Industry as well as local tour operators.

According to Lee, about 2,000 vehicles pass through the CIQ complex in Sungai Tujoh daily, with the number increasing during weekends.

“Last year, the Immigration Department registered 3.6 million people going in and out at its checkpoint (at Sungai Tujoh CIQ complex). Prior to this, most of the complaints were regarding the immigration checkpoints.

“Those problems, however, are a thing of the past because many improvements have been done for tourism purposes.”

In light of the complaint against the Customs Department’s system, Lee called upon the federal government to urgently address the matter as visitors from Brunei are a big part of Sarawak’s tourism industry.

He suggested that the Customs Department adopt Brunei’s system of online vehicle entry permit, where the QR Code could be scanned to facilitate smoother flow at the CIQ.