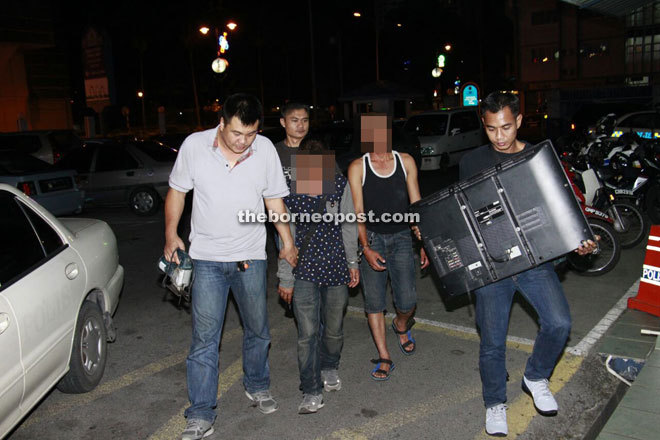 Police escorting the suspected burglars (handcuffed) to the station.

MIRI: Two plantation workers died after a tractor that they were in with seven others plunged into a 15-metre deep ravine on Saturday morning.

The accident reportedly happened around 8.40am at an estate in Batu Niah.

The deceased have been identified as Salina Bala, 35, a local, and Rusdi Pawilo, an Indonesian who was the tractor’s driver. It is understood that the tractor was also carrying fertilisers when it suddenly skidded off the road and plunged into the ravine.

Salina died on the spot from head injuries she sustained during the incident.

Both bodies have been sent to Miri hospital mortuary for a post mortem.

The case is being investigated under Section 41(1) of the Road Transport Act, 1987.