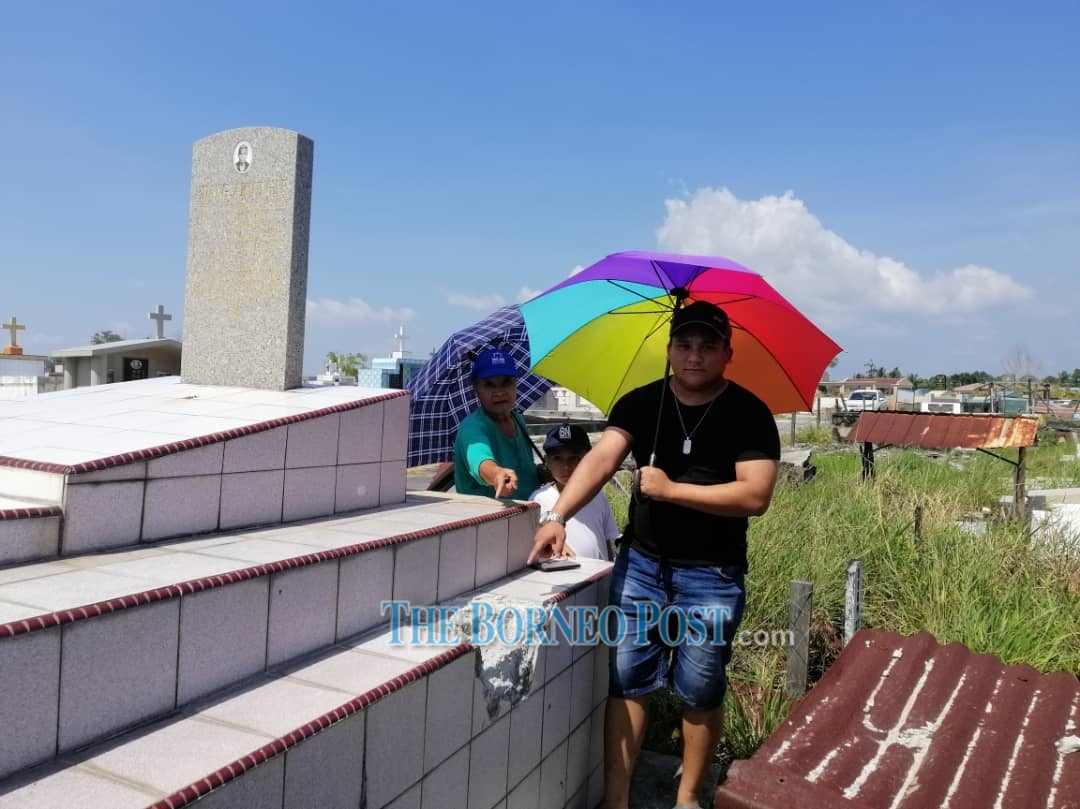 MIRI: More than 10 graves in the Dayak and Roman Catholic (RC) cemeteries in Riam were desecrated by tomb raiders who were looking for valuables.

A check by The Borneo Post in the two cemeteries today found that eight graves in the Dayak cemetery and three graves in the RC cemetery were destroyed and ransacked by the thieves.

Also found near the graves were screw drivers and a hoe believed to have been used by the tomb raiders to desecrate the graves.

When met at the Dayak cemetery today, Juluie Brinau, who is in her 60s, said she rushed there upon learning that several graves at the cemetery were desecrated.

“I came here with my grandson after seeing a post on Facebook that graves here were ransacked. Indeed, there were attempts to desecrate my mother’s grave based on the damaged tiles and marks seen on tiles,” she added.

The tomb raider, however, did not managed to desecrate her mother’s grave. 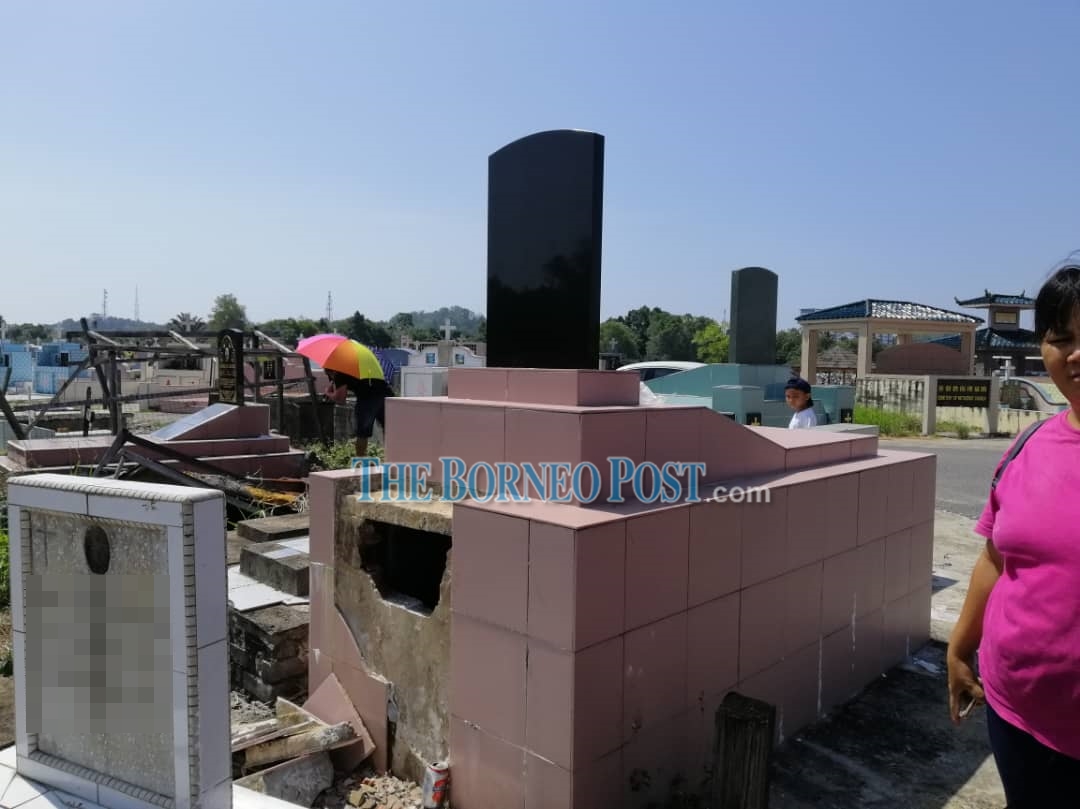 One of the the damaged graves in the Roman Catholic cemetery in Riam.

According to Juluie, the last time she visited his mother’s grave was in June, this year.

The incident first came to light when a 26-year-old man went to visit his grandfather’s grave on Sunday.

Upon arriving at the cemetery, the man was shocked to find his grandfather’s grave been desecrated by tomb raiders.

A few items belonging to his grandfather were missing from the grave.

He immediately lodged a police report on the incident.