Ting (left) with Goh (centre) point to a heap of building waste dumped at an open space in the housing estate.

MIRI: Several contractors and individuals here have the bad habit of dumping their rubbish at open spaces in housing estates, causing health hazard and inconvenience to others.

“It is not only a disgusting sight but also a health hazard and breeding grounds for mosquitoes such as aedes mosquitoes the carriers of dengue fever.

“It is very sad indeed. When the council cleans the area they have to hire contractors to do it, and whose money is used? Surely it is the tax payers’ money which could be used to develop such places as beautiful playgrounds,” said Ting yesterday after visiting several public facilities at Siang-Siang Garden.

Ting urged the people to be responsible in helping to keep the environment clean and beautiful, including public places. 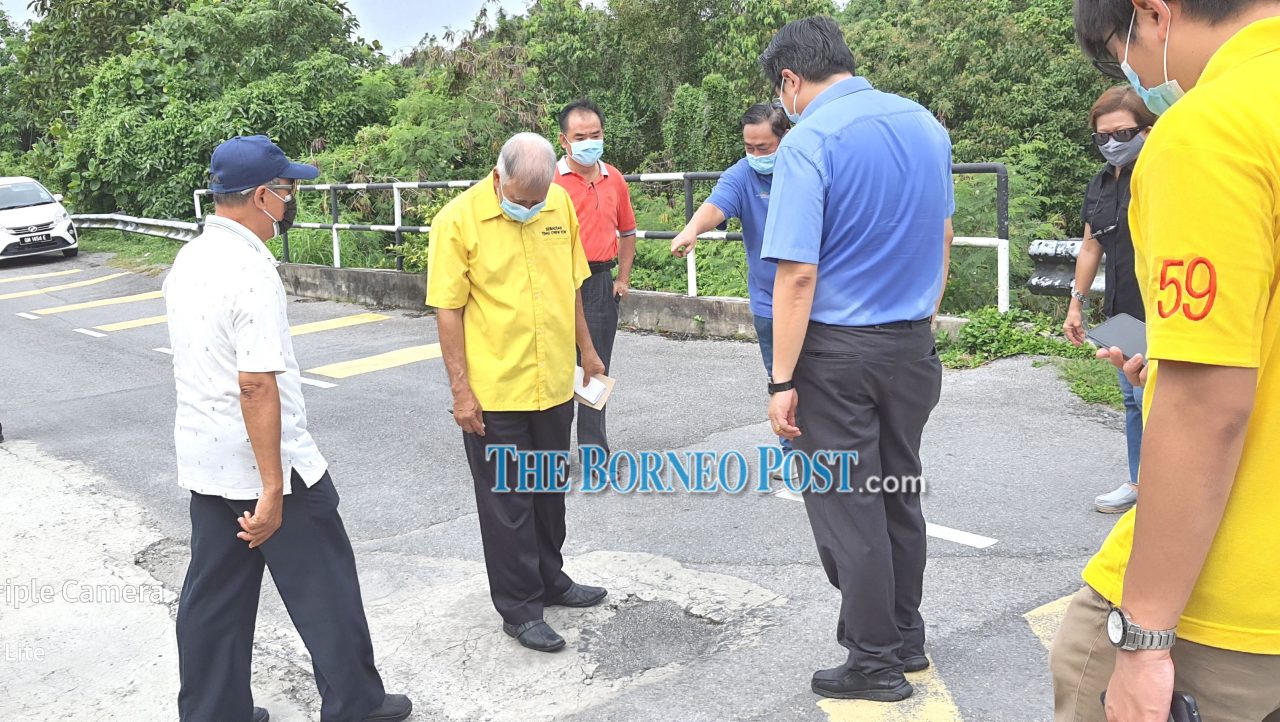 Ting (second left) and others look at a patched pothole on the bridge.

Ting, who is also Piasau assemblyman, visited the residential estate at the invitation of the Resident Committee to check on three public facilities that needed further development.

They were the Siang-Siang Garden Community Park to which he approved an allocation of RM131,500 under his Rural Transformation Project (RTP) fund to fence up the area, build roofing for parts of the playground, and to buy several units of seesaw.

For the bridge that faces soil erosion and is riddled with potholes, Ting directed the Miri City Council to make further study on the best ways of solving the problem.

The council is also urged to redevelop an empty space at the housing estate for the second community park to prevent it from being used as dumping ground.

Councillor Jeffrey Phang the co-chairman of MCC’s Resident Committee and the secretary Cecilia Lim who is also the secretary of Saing-Siang Garden Phase Three RC, and its chairman Goh Kok Peng were also present during the visit.