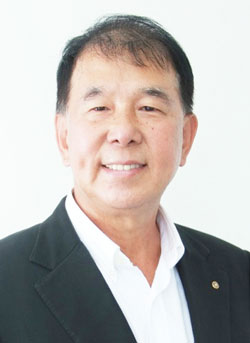 MIRI: Datuk Sebastian Ting, who was appointed Assistant Minister of Tourism, Arts and Culture during yesterday’s cabinet reshuffle, is open to ideas on how to move Sarawak’s tourism development forward.

The Piasau assemblyman said he is looking forward to learning from Minister of Tourism, Arts and Culture Datuk Abdul Karim Rahman Hamzah.

“I am very open to ideas and suggestions, which are good for Sarawak, especially in moving our beloved state forward in tourism,” he said of his taking over the post from Datuk Lee Kim Shin, who has been promoted to Minister of Transport.

“I will be on a learning curve and definitely will learn from YB Datuk Karim and Datuk Lee, who have a wealth of experience in tourism.”

“I thank the people of Miri for making this possible by electing me as Adun Piasau and the Chief Minister for appointing me as assistant minister,” he said while thanking SUPP president Datuk Dr Sim Hui Kian for nominating him for the post.

The SUPP secretary-general wrested Piasau back from the Democratic Action Party in 2016, when he defeated incumbent Alan Ling Sie Kiong.