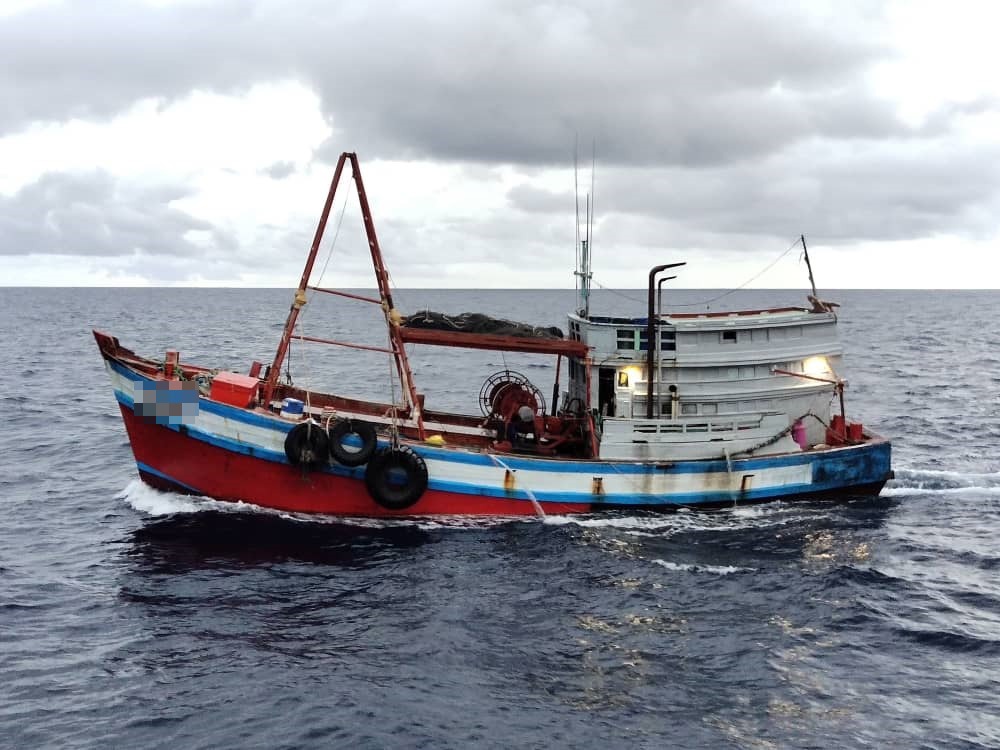 MMEA Miri director Captain Md Fauzi Othman said the Vietnamese men aged between 24 and 39 years were arrested some 36 nautical miles northwest of Kuala Baram here at around 6.15pm on Thursday (May 6).

The fishermen in the foreign vessel were busy with their illegal fishing activities in Miri waters when personnel from MMEA’s boat patrolling the area under Op Kuda Laut spotted the vessel.

“Realising the presence of enforcement assets, the foreign fishing boat released fishing equipment into the sea in an attempt to dispose evidence and tried to escape when approached.

“It took MMEA’s assets almost an hour to chase and get hold of the boat which had earlier sped off to escape detention,” he said in a statement yesterday.

According to Md Fauzi, checks on the boat found three crew members including the skipper without any identity document.

All crew members were detained and escorted to MMEA Miri Zone Vessel Detention Centre Jetty for further investigation while the boat with 6,000 litres of diesel was confiscated.

“The case will be investigated under the Fisheries Act 1985 for carrying out fishing activities in Malaysian waters without a valid permit,” said Md Fauzi.

Md Fauzi added that all crew members had undergone Covid-19 screening test as a precautionary measure upon arrival at the jetty.