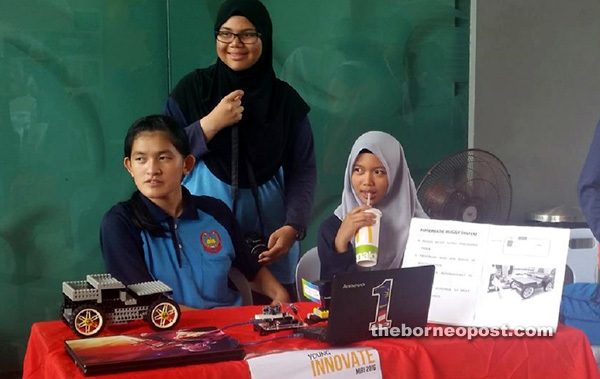 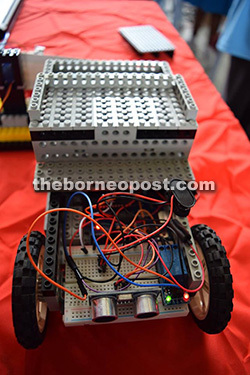 A closer look at the ‘Automatic Buggy System’.

MIRI: The teams from SMK Luak, SMK St Joseph and SMK Merbau are the participants from here who are representing the state at the ‘Young Innovate Malaysia 2016’ in Kuala Lumpur yesterday and today – one of the events run during the annual Kuala Lumpur Engineering Science Fair (KLESF).

Young Innovate Malaysia is a national-level science, technology, engineering and mathematics (STEM)-based design competition open to students of secondary schools across the country. Its primary objective is to inspire students’ passion in STEM, while developing their living skills and exposing them to open-sourced hardware and software.

Qualifiers are selected at the annual regional-level ‘Young Innovate’ competitions. In the case of ‘Young Innovate Miri’, the qualifying round was hosted by Curtin University Sarawak here on Oct 8, where the three emerged tops among 24 teams from 12 secondary schools across this division.

The sensor detects how much water is used and will set off an alarm when users exceed the normal daily usage.

Ayisha said the creativity and innovation shown by the students had exceeded her expectations, adding that their ability to articulate their projects and the quality of their prototypes spoke volumes of their involvement and passion.

The state ‘Young Innovate’ – formerly known as ‘SAINS on Wheels – Tech Mentor Sarawak’ programme – is a community programme run by Curtin Malaysia’s Leadership and Entrepreneurship Centre (LEC) and Curtin Malaysia Institute of Electronic and Electrical Engineers (IEEE) Students Chapter, with support from its Faculty of Engineering and Science.

The programme is made possible by the university’s partnership with industry partners such as Dreamcatcher, Chumbaka, and also government agencies like Tegas, Sarawak Energy Bhd and iM4U.

Last year, five school teams from Miri represented Sarawak for the first time at the KLESF, bagging gold and bronze medals and in doing so, earned a spot at the ‘Young Innovate Malaysia’ finals in Penang. 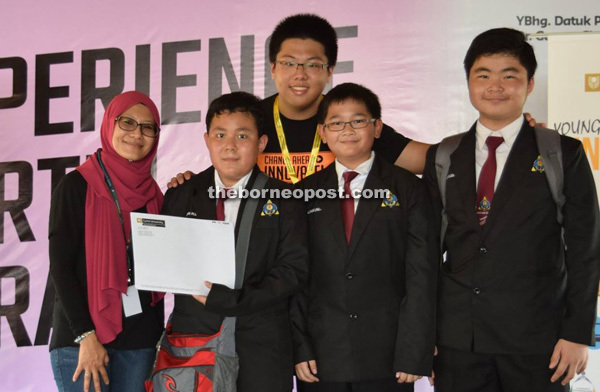