Three families in Lawas homeless after fire destroys their house 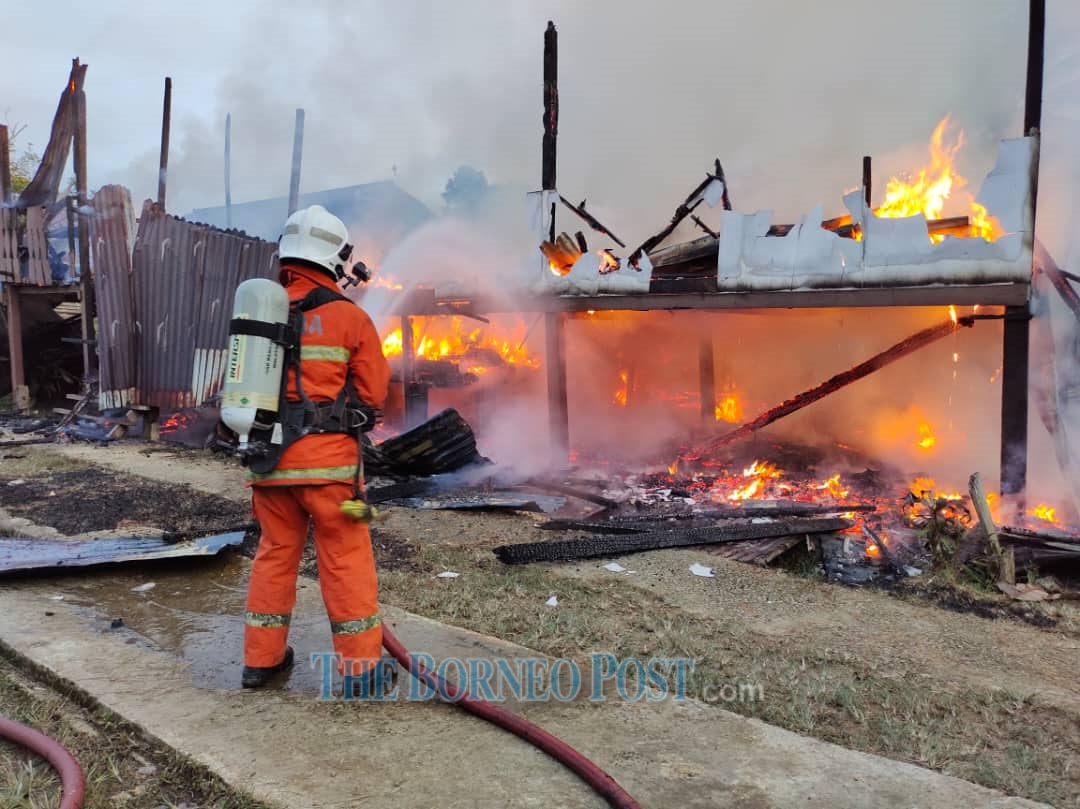 MIRI (May 8): Three families were made homeless after a fire gutted their wooden house at Kampung Gaya Baru in Lawas early this morning.

“Upon arrival, the team found that the non-permanent house measuring 30 x 40 square feet was 100 per cent destroyed.

“During the incident, eleven people from three families were lucky to have escaped without any injuries,” he said.

Firefighters managed to control the fire until it is completely extinguished.

The cause of fire and total losses have yet to be ascertained.