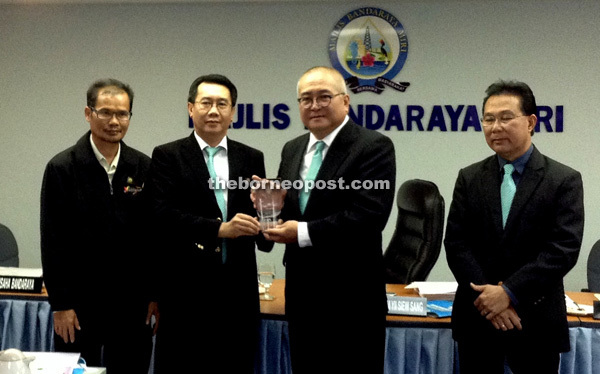 MIRI: The website of Miri City Council (MCC) has been awarded with a five-star rating for three consecutive years from 2013 to 2015.

Miri mayor Adam Yii said the latest five-star rating for its website was given on Dec 19 at the Waterfront Hotel in Kuching.

“The assessment for the website rating was conducted by Multimedia Development Corporation (MDeC) every year for all government agencies nationwide.

“It is an honour that MCC’s website has been given such high recognition and I hope our information technology (IT) section keeps up the good work and continue to update information posted on the website,” he told reporters after chairing a full council meeting on Thursday.

Yii added that in 2013 and 2014, the assessment was based on Malaysian Government Portals and Websites Assessment system (MGPWA).

For last year and this year, MDeC used the Provider-Base Evaluation System (ProBE) to assess the ratings of government websites.