‘The switch’ a good deal for Miri city folk 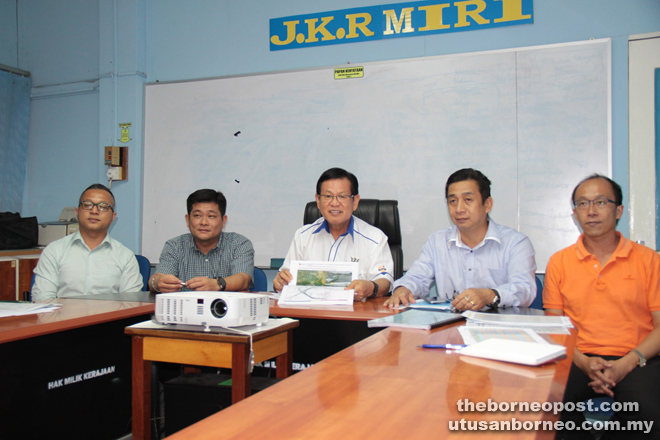 MIRI: City folk will get to enjoy their portion of the Pan Borneo Highway (PBH) a year earlier as the government has switched the starting point for the 11th package.

Package 11 was initially slated to start this November from Sungai Tangap in Bekenu towards Miri Resort City, and the whole thing was to be wrapped up by Oct 31, 2020.

But Assistant Minister for Land and Air Transportation and Safety Datuk Lee Kim Shin announced yesterday that the project would instead start from IKBN Miri in the city, not Sungai Tangap.

The change was prompted by the need to address daily congestion along the link road to Miri Airport.

This portion of the RM16 billion federal initiative would include a dual carriageway spanning 14.5km, bridges over Sungai Miri and Sungai Adong, and two dual-decked flyovers.

The flyovers would be at the Pujut link road junction, near IKBN Miri and Miri Airport road junction, and they are scheduled to be completed in 2019.

Lee told a press conference after a meeting with Public Works Department Miri and the contractor – Lebuhraya Borneo Utara Sdn Bhd (LBU) – said there was no issue of road alignment or compensation along the stretch between IKBN junction and Miri Airport link road.

“I appeal for top priority to be given to this section.”

Meanwhile, project manager Micheal Ting said LBU would do its best to minimise inconvenience to road users during the construction period.

The 2,239km highway from the southern tip of Kuching in Sarawak to Tawau in Sabah is targeted to be completed by 2025. The stretch in Sarawak is 1,089km.