(Sitting, from third left) Dennis, Baru and others gather for a group photo at the Telang Usan District Office in Long Lama.

Telang Usan assemblyman Dennis Ngau said the decision was made during a meeting at the Telang Usan District Office in Long Lama town recently.

The meeting was chaired by Telang Usan District officer Baru Tai, who is also the district disaster management committee chairman.

“When it comes to the durian season, many people from afar would willingly travel to Long Lama just to get the fruits, which are only found at several longhouses in and around Long Lama town.

“This is due to its unique taste, which some durian lovers claim to be far better than Musang King or other popular durian varieties in the country.

“This has directly and indirectly helped spur the local folk’s economy, with outsiders flocking to the district competing for the best Long Lama durians.”

Dennis said with the Covid-19 pandemic still a threat, he feared that not many people would come to buy the durians.

Therefore, he said the committee strove to come up with the best way to assist the rural folk market their durians.

“People from other districts who want to buy the fruits in Long Lama must get police permits for inter-district travel.

“After purchasing the durians at the designated area, they must leave the district immediately to avoid spread of Covid-19.”

On other matters, he said the committee had received requests from several longhouse chieftains and village security and development committees (JKKKs) for government projects that had been approved for their villages, particularly those still under construction, to be completed according to schedule.

In this regard, he said the committee stressed about the need for contractors to apply for police permits to enable them proceed with their projects, besides ensuring that all their workers would go for health screening before entering the district as many project sites were located at the longhouses and villages.

Calling upon the contractors to take the requirement seriously, Dennis said directives had been given out to all longhouse chieftains to refuse the entry of anyone who had no permit from the relevant authorities.

“The longhouse chief may not allow anyone to enter his village by just showing a letter from the implementing agency or the company’s office.

“All these precautionary measures are to complement the steps undertaken by the state government in preventing the spread of Covid-19,” Dennis stressed. 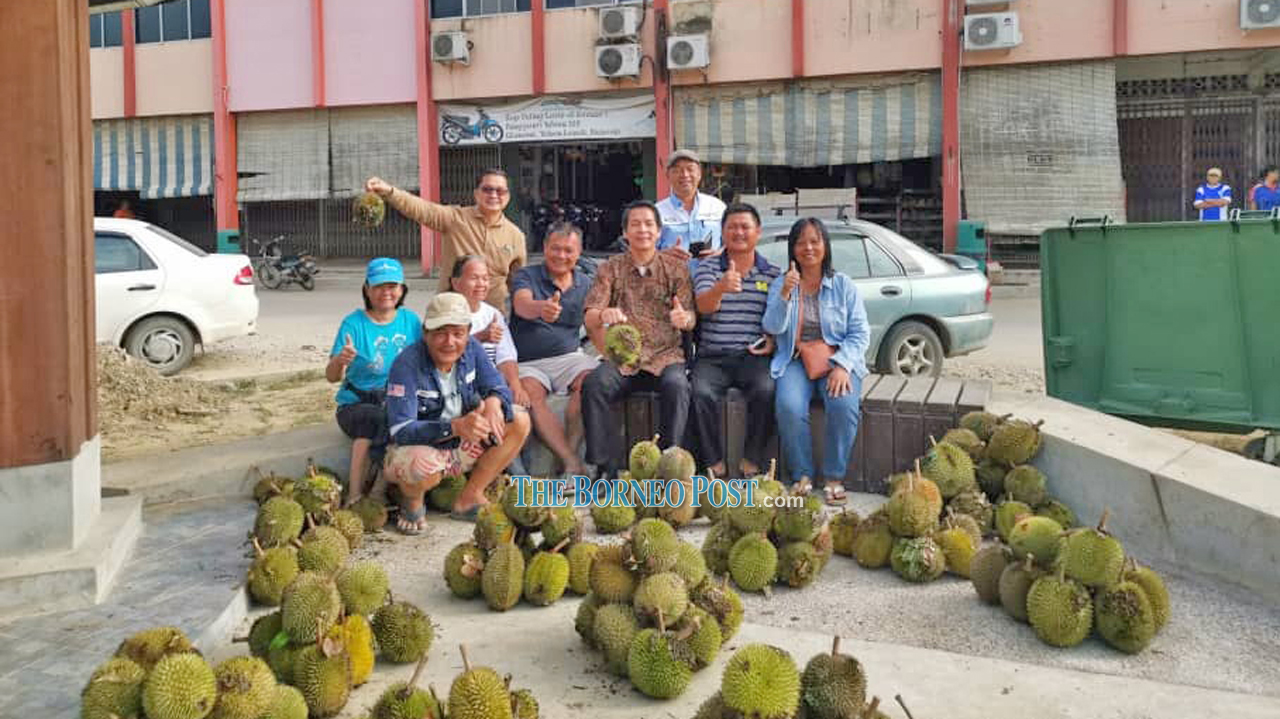 Dennis (seated, third right) with a group of durian sellers in Long Lama town before the Covid-19 pandemic struck.