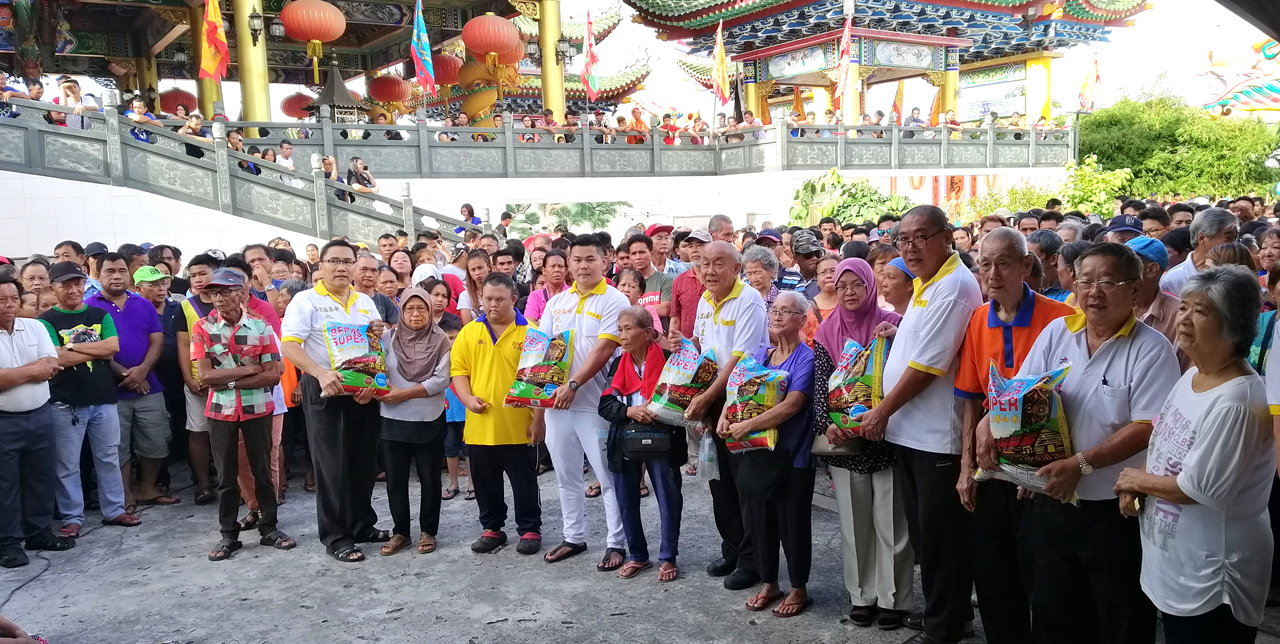 MIRI: More than 4,000 people from different race and religions received donated 10kg bags of rice at Hai Long Si Temple at Krokop yesterday morning with some queuing from 7am.

“They were very cooperative with our working committee members, taking numbers and queuing for their turn.

He added that the largest charity giveaway event here was held in conjunction with Nine Emperor Gods Festival which falls on the ninth day of the ninth month of lunar calendar.

“Rice donated by devotees and the public had increased tremendously and so has the number of applicants. We don’t reject anyone; they just come, take number and pick up the rice,” said Ng.

To mark the Nine Emperor Gods Festival, the temple is holding prayer today (Oct 7) from 8am to 12pm with offering of vegetarian food.

Prayer will continue in the evening with devotees from other parts of Sarawak, Sabah, Brunei and the peninsula.

Those interested to light the ‘Dragon’ joss stick as a gesture for blessing may contact 019-885 1318 for more information.