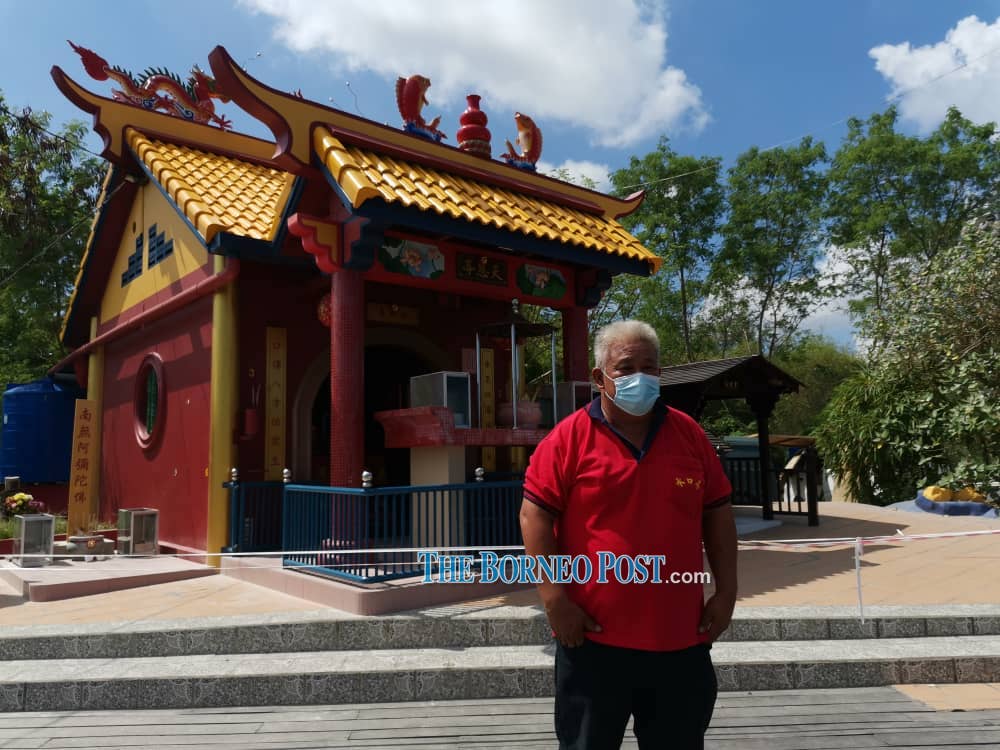 Chua poses in front of the Shui Kou Ting Temple, which is facing demolition.

MIRI (April 14): Faced with the prospect of being demolished, the committee of a Taoist temple at the mouth of Miri river is appealing to Chief Minister Datuk Patinggi Abang Johari Tun Openg and the state government to urgently intervene or allocate a piece of land for its new site.

According to a spokesman from the Shui Kou Ting Temple, Chua Siaw Choon, he has received a letter last week from the developer addressed to him as chairman of Persatuan Penganut Agama Buddha Shui Kou Ting, stating that the temple was illegally erected on its land and the temple structures must be removed and the site vacated as soon as possible.

The temple had complied with earlier request by the developer to remove container staff quarters and demolish a public toilet there but it was caught by surprise to receive the eviction ultimatum, he added.

Saddened that the developer could not allocate even a small piece of the reclaimed land there as new site for the temple, Chua said he is firm in defending the temple not for personal gains but due to his belief that it serves the spiritual needs of its followers and empathy for humanity.

“I really hope our Chief Minister Datuk Patinggi Abang Johari Tun Openg can help us with an amicable solution as this temple is never about us but about the good it brings for Miri and her people,” he said in a press conference at the temple yesterday.

Starting as a shrine to Tua Pek Kong deity in 2012, the temple overlooking the river mouth into the South China Sea has grown into a full-blown temple and became a popular destination among tourists and local visitors.

Chua said the temple’s two most important functions are appeasing the sea wandering spirits with special rituals in the month of the Hungry Ghosts at Miri River mouth and upholding humanity with charitable cause.

He hoped that the authorities would allow the temple to either continue at the same site where the committee had already invested about RM100,000 for its construction or allocate a new and permanent site, preferably across the river. 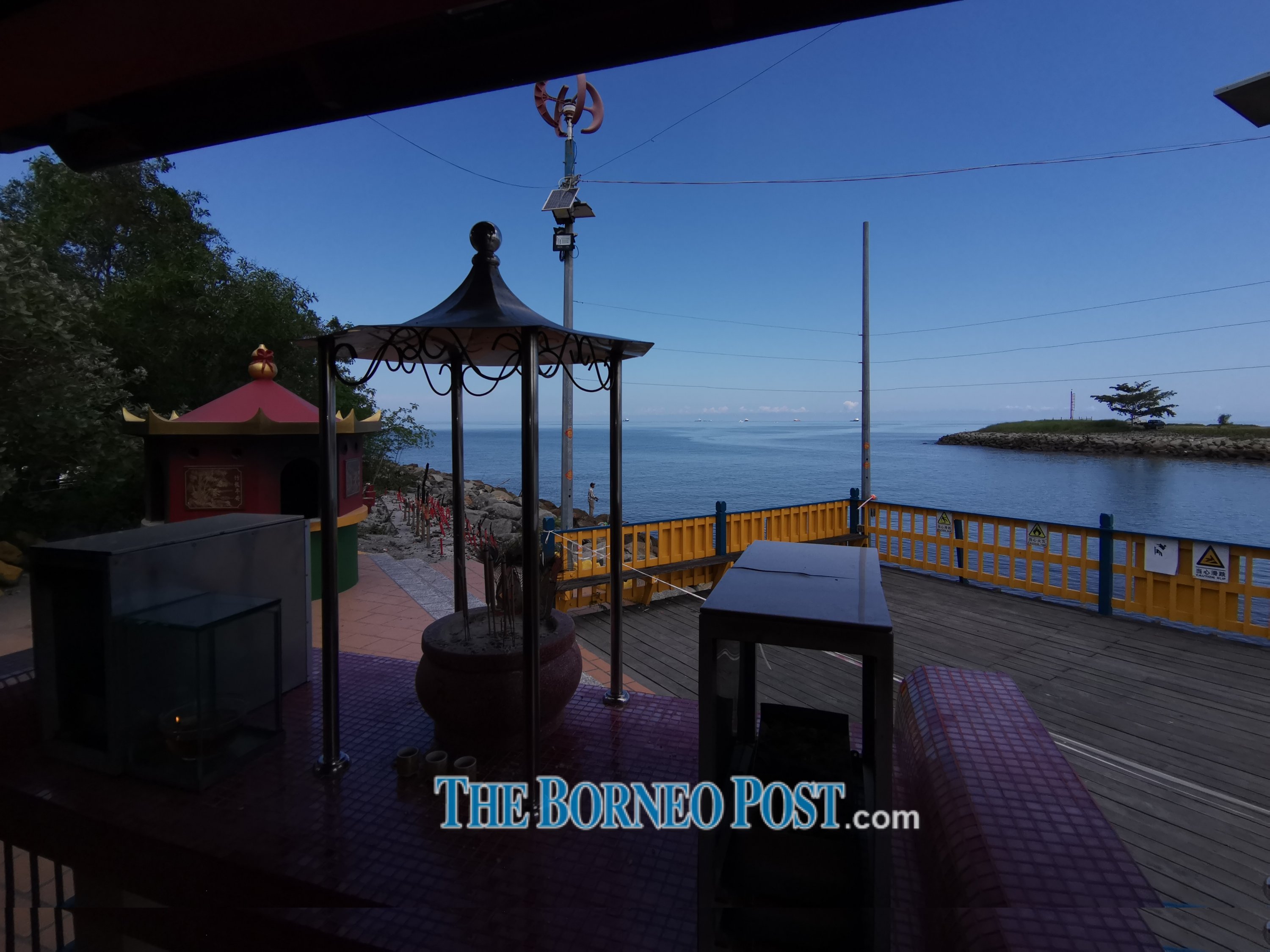 “The temple has to be located at the river mouth to serve its purpose, and from our perspective, the drowning cases at Tanjong Lobang have dropped to barely one case instead of one annually previously after we conducted the Hungry Ghosts rituals since nine years ago,” he said.

The temple has carried out numerous charitable activities in the city over the years, including sponsoring year-long expenses of poor students, contribution to cancer victims and immediate aid for poverty-stricken families in Miri.

“We are nationality, colour and religion-blind in our charitable works, and even help to foot expenses of sending back bodies of foreigners occasionally, but locals are our priority where we have also contributed food baskets to poor families in Tudan badly affected by the different phases of the MCO,” he said.

Chua said the temple building fund and welfare aid were mostly from the donations of temple committee members, supporters of the temple and well-wishers.