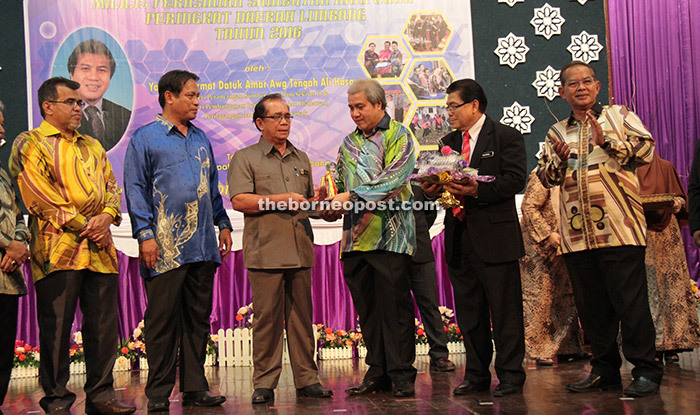 LIMBANG: Teachers must educate children beyond books and academic excellence to excel as well-rounded citizens who cared about living as a harmonious community rather than just succeeding in their careers but overtly individualistic people.

Human capital development starts from the hands of teachers who instilled virtues with good education as the country moves forward with a well-balanced generation that is dynamic but well-grounded.

“Students should be moulded by teachers to have good values and virtues that shine with academic achievement as no man is an island, not matter how successful in his career,” he said.

“Virtuous values are as important as academic or career success and our child must be educated to live well in a community instead of being individualistic,” he said.

Tengah, who is also Minister of Industrial and Entrepreneur Development, Trade and Investment said the way forward for Sarawak’s economic development is through industrialisation in achieving a high income economy in a harmonious and politically stable state.

The minister thanked teachers for playing a critical role in nation building as reflected in the success of their students and progress of the country.

Among their contribution is character moulding of students to be disciplined, appreciative, patriotic and dynamic to

become successful generations that bring the country to the next level.

He said schools should be proactive and think out of the box in tackling the challenge of educating the younger generation to cope with future challenges.

He suggested professionals in their fields to be roped in to encourage students to develop their career path by imparting their experiences and knowledge.

“You can do this to broaden their horizon – it boils down to your creativity and innovativeness,” he said.

He started teaching in 1969 and retired in 2003. He was later appointed an Iban community leader.