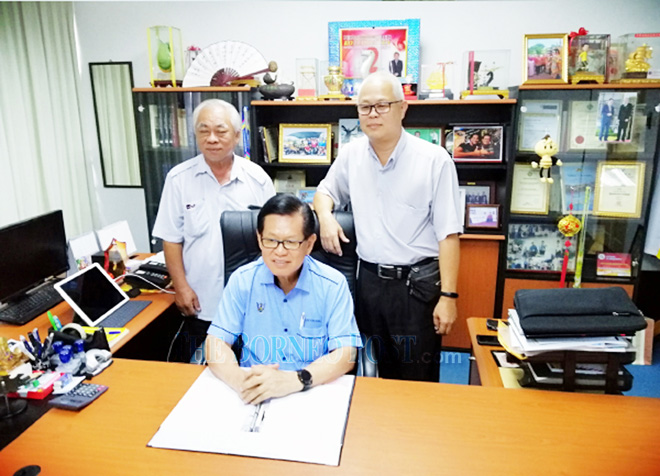 MIRI: The Miri Executive Taxi Association is appealing to Malaysia Airport Holdings Berhad (MAHB) to lower the rental for its booth so it can cope with the slow economy that has badly affected its business.

Chairman of Miri Executive Taxi Association (Meta), Michael Yii said their business had plummeted drastically since last year and income of members have decreased by 80 per cent.

“Currently, we are renting a booth from MAHB at RM2,500 per month. For each coupon sold, RM5 is extracted to pay for the booth. During the peak of our business, we managed to sell 1,000 coupons a day. Now, during slow days we only managed to sell 9 to 10 pieces. Sometimes, there are three to four days, when we did not sell any at all,” Yii lamented.

According to Yii, the association had tendered a letter mid of last year, seeking understanding and consideration from MAHB to lower the rental but to no avail.

“They rejected our appeal, with reason that the rental fee is already considered cheap compared to other airports.”

On top of the rental, it is compulsory for drivers to have their vehicles checked by Puspakom yearly.

E-hailing services such as Grab and Maxim, he alleged, are the reason for the drop in business for executive taxi.

“We have 60 executive taxi drivers and everyone of us is struggling to make ends meet,” he added.

Yii and his vice chairman Liew Son Loi paid a courtesy visit on Minister of Transport Datuk Lee Kim Shin at his office yesterday, hoping the latter could assist them on this matter.

“I understand the circumstances they are in and the economy that is already slow. I could try to talk and discuss this matter with MAHB,” Lee replied.