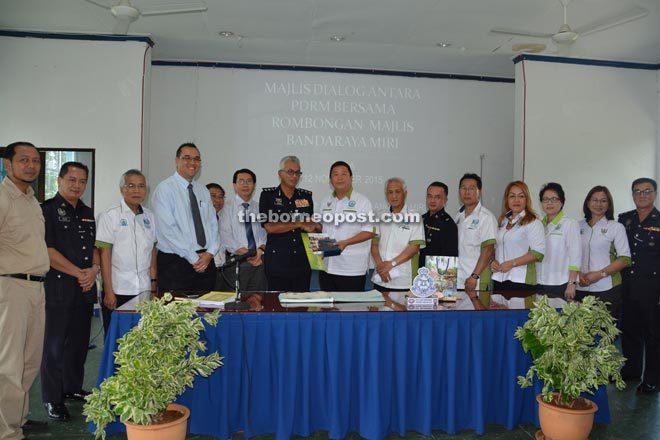 Lai presents a memento to Junaidi.

MIRI: A police taskforce will be set up to shut down illegal gambling activities following the rise in the number of such outlets here.

Miri police chief ACP Junaidi Bujang said the taskforce will look at all aspects including legality and standard of procedure to follow in raiding illegal gambling premises.

Junaidi said police had also seized over RM20,000 and 623 computers during the operations.

Meanwhile, Miri Mayor Lawrence Lai said the issuing of cyber cafe licences had been frozen since 2004.

He said MCC’s lawyers would work with the police taskforce on illegal gambling.

Lai also urged the public to report any illegal gambling activities in their areas to MCC and the police.

It was reported on Oct 27 that over 200 premises in Miri, especially in Lutong, Permjaya, Pujut and Senadin, are believed to be illegal gambling dens.